Once again, Pinch Sulzberger's often inaccurate, thoroughly discredited, leftists scandal rag steps in to try and keep the flames of the abuse-hoax alive.

Andrew Madden is one of a relatively new breed of Irish celebrities who would just as soon be less well known. He was among the first people in Ireland to go public about being sexually abused by Catholic clergy — one of those who set off the intense bout of soul-searching that has racked the country lately. When I met Madden last fall in Dublin, the early rumbles of the collapse of Ireland’s economy were shaking the country, and throughout much of a pub lunch he talked about the failures of the government and the banks. It was only later, once we were driving around his old neighborhood, past the pebbledash house where he grew up and where his parents still live, that he began to talk about his childhood. As we sat in his car in front of Christ the King Church, where he spent much of his youth as an altar boy and a choir member, he outlined the four years of torment he suffered in the late 1970s at the hands of the Rev. Ivan Payne, one of the infamous serial sex offenders among the Irish Catholic clergy whose stories have transfixed the country over the past year and a half.

H/t: wrigleys
Posted by Tancred at 8:48 AM No comments:

Vatican Yesterday, Pope Benedict XVI accepted the resignation of Bishop Luiz Carlos Eccel (58) of Caçador in South Brazil.  Portuguese media connect the resignation with the Bishop's support for the Pro-Abortion politician Dilma Rousseff, who was elected as President of Brazil

Original at Kreuz.net, here...
Posted by Tancred at 7:43 AM No comments:

Archbishop Mutien of Belgium Threatened by Rabid Homosexuals and the Media

After Archbishop Mutien made some non-controversial statements reflecting Catholic teaching about natural law and the result of sin, a local Attorney, Jean-Marie De Meester, in Belgium accused the Archbishop of "slander" and said he might be under charges for "homophobia". Homosexual radicals have already filed charges against him and it came to nothing earlier this year; talk about bullying. Additionally, the Archbishop's spokesman Juergen Mettepenningen, had a hissy fit and stormed out. This piece of work is already on record for supporting same-sex marriage, so it's not big deal that he's left. Indeed, it's a good thing.

Apparently, Catholic teaching doesn't sell well with the brokers of information in the leftist media, but this man was appointed to the job in July first as the Archbishop's spokesmen. He was an instructor of Systematic Theology at the disgraced University of Louvain, which hasn't been Catholic for years, but has now finally admitted this fact.

The rather mild and neo-conservative Prelate is described as ultra-conservative, haughty and abrasive. It is to be supposed that when your world is defined by Sodomy, you're bound to have poor judgment and leave yourself prone to rash resignations and statements like the following from the Archbishop's "spokesman":

“Archbishop Léonard does not take his leadership duties seriously [i.e, he doesn't agree with you that homosexuals should be able to marry] ,” Mettepenningen added. “But it is above all his surrealist attitude regarding the turmoil stirred up by his remarks that I take too seriously to still support this.”

We hope that the Lion of Belgium likes a fight. 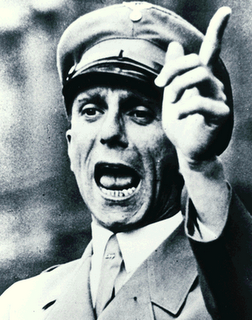 Along with Saul Alinsky, Noam Chomsky, Peter Singer and Herbert Marcuse, he was one of the most deceptive and corrosive influences in American education in the post-war years.

American historian Howard Zinn, best known for his work A People's History of the United States, died Wednesday, January 27, of a heart attack while traveling to Santa Monica, California. He was 87.

Born in 1922 to a Jewish family in Brooklyn, New York, Zinn served in the Army during World War II as a pilot. After the war ended, he took his medals and papers, put them in a folder, and wrote on top "Never again," becoming an anti-war activist for the rest of his life. Zinn He attended Columbia University, where he received a doctorate in history and wrote his dissertation on New York City mayor Fiorello La Guardia's congressional career.

This is so 1980s. First the UK Bishops are opposing Nuclear Weapons and now this sort of activity. This hasn't been in the news for a long time, perhaps the true masters of these men have urged them to renew their tired agendas again?

An Oblate priest who has long protested against America’s nuclear weapons arsenal was found guilty Dec. 21 of criminal mischief and trespassing on government property at the site of a nuclear missile silo in northern Colorado.

Nichols also imposed court costs totaling $254.50 and is allowing prosecutors to file a notice of restitution to Warren Air Force Base for damages. Father Kabat vowed not to pay either bill.

Testifying during the two-day trial, Father Kabat admitted he had cut a fence and entered the property, his most recent action to oppose the nation’s nuclear weapons policies. He had argued that his action was mandated by God’s law in order to oppose a greater evil. However, Nichols instructed jurors to limit their deliberations to whether the priest broke the law in entering the silo site.

The conviction was the 18th for Father Kabat in his prayerful quest to rid the world of nuclear weapons. He has served more than 17 years behind bars since his first protest in 1976.

The trial concluded in time for Father Kabat to return to the Catholic Worker house in St. Louis where he lives and spend the holidays with family and friends.

You can read an earlier post about his arrest here.

Fr. Kubat says that you have to put your actions and words together. His acts are strange enough, he likes to dress up as a clown and hammer on nuclear silos during the worst years of the Carter Administration. It's a sure sign of Marxist involvement and of course, he's assocated with the Catholic Worker, another Marxist front group.
Posted by Tancred at 10:38 AM No comments: