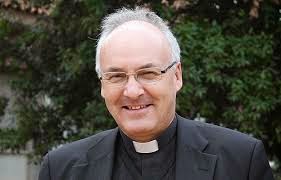 (Regensburg) Bishop Rudolf Voderholzer of Regensburg is of the opinion that the term layman should be replaced by  “World Christian" in the parlance of the Church, which should mean as much as Christian in the world and Christian to the world. This would better reflect the teaching of the Second Vatican Council of role and mission of the laity.
Bishop Voderholzer, a new member of the Congregation of the Faith in Rome, considers that the term  "lay" for baptized but not consecrated Catholics, probably with a view to the universal priesthood,  to be discriminatory. The bishop made this statement  on 31 May at the Katholikentag, [Catholic Day] which was held in his diocese. That’s when a controversy arose  in the context of a discussion of the role of the laity in the Church. The organizer of the Catholic Conference is the  Central Committee German Catholics (ZdK).
The bi-annual Catholic Day serves as a platform for all Catholics of Germany, or at least nearly all.  The restriction is necessary because the big event is dominated by progressive to radical progressive groups. Those looking for a truly Catholic,   offer true to the faith,  will not find it at Katholikentag  right away. Seriously faithful Catholics  have disappeared  for several years from such new events, such as the Congress Joy of the Faith of the Forum of German Catholics or the Congress Meeting World Church or the Church in Need. The Katholikentag is primarily a diluted,  a disintegrating on the margins Catholic milieu that maintains its more anti-Roman sentiment, constantly talks about “structural" reforms "struktuelle" because  what it lacks in  content, it  compensates by  hyperactivity.

"Catholic Lesbian" Instead of Pro-Lifers

A glance at the program of the Katholikentag "in which the taboos fall” confirms  any apprehension. While the non-negotiable values ​​whose defense Pope Benedict XVI.  had urged  were at best marginally represented, there were "Catholic lesbians", "gay Catholics", "women against the celibacy" and other groups, by definition, anti-church groups who were given a lot of space. The ZdK supports the government bill for abortion counseling system of women determined to have an abortion, whose hypocritical government neutrality allowed  and accepted the funded killing machine. Bishop Voderholzer initially had refused the participation of the Association Donum Vitae following Rome’s guidance, but then quickly caved in before ZdK.  In a joint statement by Bishop and ZdK it was said:  "While maintaining different fundamental views" recommended by both sides, Donum Vitae will be allowed at Katholikentag. The position demanded by Cardinal Raymond Burke that Catholics be “uncompromising” Pro-lifers would be hard pressed to find at Katholikentag.  Zdk does not want to offend  the zeitgeist because shows   pro-lifers the door. Tellingly would therefore translated better as "Toothless German Catholics" ZdK, or more accurately with “Zeitgeisty German Catholics.”

Some years ago the ZdK published  a declaration on the Jews, which states that Jews need neither Christ nor the Church, as they are already members of the Old Covenant which has never been repealed. Finally, a heresy, but above all a fraud against the Jews, who are deprived of  salvation.

The question remains, what Bishop Voderholzer with his proposal would like to express exactly beyond activism and zeal for reform. Why should the terms "Catholic" and "Christian"  no longer be sufficient? Since the claim in the self-designation of Christian has always been universal and transcends all boundaries of nations and states, the complement appears as "World Christian” is just as bulky as  it is a superfluous pleonasm. Or should priests and religious who leave the battlefield in the world a new type "World Christian"? Will it be said that the consecrated representatives of the Church give up the fight for the non-negotiable values, and the final decision is left to the “worldly Christians"?
Ultimately, the proposal of Bishop Voderholzer seems a rather unsuccessful attempt to garner  applause from ZdK and other disaffected progressive laity.  Perhaps the anti-Church Association We are Church, which recently hit the headlines with the excommunication of its president Martha Heizer, is adopting  the proposal of the Bishop of Regensburg.
What remains of the Katholikentag  in Regensburg than to “to touch a bishop"? Despite the "new openness" with the "Francis" effect, which the ZdK conspicuously benevolent "welcomed", enter in the "mature Christians”, who will in the future be possibly named "World Christians", even after several days of Katholikentag are frustrated by the same “unresolved problems of the Church”. It’s a burden  that they do not get rid of, if they do not accept the Church's teachings in faith, but believe they are justified here and there bending it according to their wishes.   Bishop Voderholzer would have had a large audience, had he called upon some basic things of being a Christian to memory.  As an aside, and it is noted in passing on the  ZdK,  that a Holy Mass in the Old Rite was not allowed in the Katholikentag extravaganza despite its more than 1,000 events.
Text: Giuseppe Nardi
image: Corrispondenza Romana
Trans: Tancred vekron99@hotmail.com
Link Katholisches…
AMGD
Posted by Tancred at 11:02 AM

"Bishop Voderholzer, a new member of the Congregation of the Faith in Rome,"

"considers that the term "lay" for baptized but not consecrated Catholics, probably with a view to the universal priesthood, to be discriminatory."

## The only "problem" with the word is that it helps to distinguish those of us not ordained to the Catholic Priesthood, from those who are. No layman, not even were he ten thousand times as holy as St Joseph, can confect the Mass - even the most wicked priests can do that, because they are configured to Christ in virtue of the character of the sacrament of Order - and this character, like that of Baptism, is eternal and ineffaceable. Some of us laity know this stuff - a bishop (of all men !) ought to know it, and believe it, just as the Church has taught & teaches it.

We laity *are* consecrated - all Christians are. All are consecrated by God to God, to be His Alone for eternity; and of that number, some live out their consecration by being consecrated as religious; which is an accidental modification of the consecration with which they are already consecrated.

"Why should the terms "Catholic" and "Christian" no longer be sufficient?"

## Perhaps they too precise, too clear - & too exclusive & "discriminatory". God discriminates all the time. Discrimination is essential to creation & election.

"As an aside, and it is noted in passing on the ZdK, that a Holy Mass in the Old Rite was not allowed in the Katholikentag extravaganza despite its more than 1,000 events."

"Some years ago the ZdK published a declaration on the Jews, which states that Jews need neither Christ nor the Church, as they are already members of the Old Covenant which has never been repealed. Finally, a heresy, but above all a fraud against the Jews, who are deprived of salvation."

## This is utterly disgraceful - and JP2 is the Pope who brought that trash into the Church. Nice to know that false teaching (something the NT authors took a *very* dim view of) is no obstacle to canonisation ! The Old Covenant is fulfilled in Christ - the NT could scarcely be clearer on the subject. If it is not, then He is just a deluded (or self-deceived, or downright wicked or unhinged, or unreliably described) dead Jew of no more importance than any other fanatic preaching that the end is nigh.
Since the Vatican no longer believes in the Social Kingship of Christ, it makes excellent sense for the Vatican to deny that He is the Promised Messiah-King of all nations, and that "to Him every knee shall bow, of things in heaven, and things in earth, and things under the earth; And every tongue shall confess that Jesus Christ is Lord, to the glory of God the Father". So unimportant a Christ is clearly far too trivial a person to deserve the absolute and whole-hearted & unqualified & undivided love & adoration that is owed by all creatures to Almighty God - so the trash of pan-religionism is to be expected. All these errors, just like the great facts that they deny, are inextricably connected: error leads on to error, just as truth leads on to truth.