VIENNA. A fourteen-year-old Turk has been arrested in Vienna for preparing a mass murder The prosecution alleges that  young people were plotting a bomb attack on the Vienna West train station or other public place. As the police said, the young Turk had admitted to have secured detailed plans for a bomb on the internet and started preparing.
The boy, who has lived in Austria for eight years, was under surveillance of security agencies since October. They have  noticed an increasing radicalization of  Turks living in Sankt Pölten.  By his own account he had also planned to travel to Syria to join the terrorist Islamic State (IS).Currently, the terror suspects are in custody.
According to research by the ORF of the first contact of youth with the IS-radical fighters on social networks comes about. On platforms such as Facebook or Ask.fm they were introduced to  propaganda. Around 2,000 people residing here in Austria are openly committed to the radical Islamic ideology of the IS.   Almost half claims to originate from Chechnya. Another quarter has immigrated from the Balkans. (FA)
Link to Junge Freigheit...
Posted by Tancred at 10:29 PM 1 comment:

Edit: last year on February 10th, the Telegraph reported a prediction that Pope Benedict would be assassinated in the following year at some point. It is in the back ground of such a threat that the present resignation seems to play itself out, and indeed there was at least one attempted attack against the Holy Father's person in Lebanon last year. At present, there are discussings about a theological and geopolitical struggle going on not only related to positions of power, but the Vatican Bank and the old P-2 conspiracy related to the CIA.

Of course, there is the assertion that the paper tiger of the sex-abuse crisis and an underground sexual cabal and Satanists, according to Father Amorth, and a Polish Priest researcher on deviant personalities, Father Oko,  who says that the Holy Father is "waging a tireless war against evil".

An urgent message was handed to the Holy Father from the Archbishop of Palermo Paolo Cardinal Romeo, whose indiscrete comments during a trip to China were passed on to Dario Cardinal Castrillon Hoyos of Colombia.

Fuel to the fire has been added by additional speculation from a German Journalist at Compact that there the Holy Father was indeed being threatened implicating the Central Intelligence Agency.

It was last year during the Pope's visit that he was threatened in Lebanon by an attempted terror attack thwarted by Anti-Terrorist Units and what seems to be a tip off from Hezbollah.

The completely surprising resignation of Pope Benedict is an unparalleled proceeding. In the history of Christendom there has only been one similar case in the last 2,000 years. In the back ground there is an internal power struggle in the Vatican, which is not only theological, but of a geopolitical nature: Ratzinger fought against CIA-insiders with concealed accounts in the Vatican bank, which had whacked his predecessor. COMPACT reports in an interview.

Jurgen Elsasser, born 1957, worked through the 90s primarily for the left media like Junge Welt, Konkret, Freitag, Neues Deutschland. Since there the climate of opinion became increasingly more restrictive, he went on his own way. Today he is the Chief Editor of COMPACT magazine.

The following in German, for now: 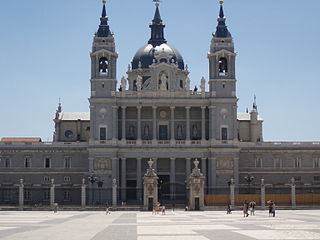