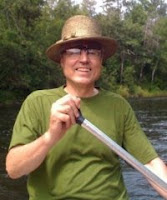 Edit: we'd reported earlier that Father Mark Tegeder, who is the pastor of a dissident parish in Minneapolis, Minnesota, just couldn't shut up about the Archbishop's work to defend marriage. Despite threats from the Archdiocese he keep his mouth closed, the Civil Rights priest believes he's on a quest.

Archbishop Nienstedt's been taking on the decadent Monastery of St. John's Abbey, demanding that Father Bob Pierson not speak in his Diocese, but what will become of Zen Garden Tegeder?

He says he's "uncomfortable", but apparently he's not uncomfortable enough. Traditionalist Catholic priests have been suspended and sent packing without their benefits, without anything more than unemployment for merely saying things that are Catholic but unpoular.

What will happen when a priest attempts to capture a popular, but morally depraved, movement but utters something uncatholic? Here's the article from "Princeton Eagle"


“Interestingly, though, we have also seen a sharp decline in the amount of politicking in churches (and all places of worship) over the last five years or so, which suggests that clergy have recognized the danger in mixing too much Caesar in place of God,” Campbell said in the email.

Minnesota pastors and religious leaders, while in general not dismissive of the idea that churches can be sullied through political activity, appraise the risks differently.

But churches have always reacted to events in society, he said.

He witnessed or presided at thousands of marriages, explained Tegeder, and it’s the commitment, not the sexes, that’s sacred.

Edit: The Land of 10,000 heresies strikes again! Take note that the actively Gomorrist church of St. Joan of Arc's is giving a forum for those attacking the Archbishop's program to support the marriage amendment. Recently, the Archbishop himself went on record saying that he will tolerate no dissension on this matter, but then, some people have to test the waters.

Another interesting question might also be: who are the speakers? Surely they're not from CPCSM! Even better!


Adult Learning Board Sponsoring Forum on the Marriage Amendment Update, from a reader:

Is either side or the moderator really Catholic? The only Catholic thing about Lynda McDonnell seems to be the Irish name and the fact that she teaches at a school that has "Catholic" on its billboard. A brief perusal of the internet gives cause for concern. Dale Carpenter is a homosexualactivist and contributes regularly to homosexual publications, including a book on the abrogation in the supreme court of Texas' sodomy law.

By the end of his book, Carpenter celebrates the 6-3 ruling in favor of Lawrence and Garner. The court, in essence, declared sodomy laws unconstitutional because they impinged on personal relationships.


The real surprise comes when we find out that he's being given a platform at an allegedly Catholic men's forum, AOTM [Argument of the Month Club]

Saint Joan's contends that at the end of the evening, parishioners should be able to make an informed decision about something which the Archbishop has already spoken in favor of by publishing a CD and making a number of public statements. But considering the curricula vita of both speakers, it seems that they are merely tailored to suit the decades-long hostility of St. Joan's pastors and parishioners on Catholic moral teaching.

It's a scandal that either of these speakers should be given a platform to confuse the laity further about an issue the Archbishop has more than amply held forth upon.

It even cost one parish employee, Lucinda Naylor, her job. How she ever got hired in the first place is quite a mystery. But will the Archbishop take this opportunity to clean house and do more than make a few symbolic dismissals?

The format will be twenty-five (25) minute presentations by each side – [] for and against the amendment - and then written questions from the audience answered by the presenters. The purpose of the forum is to provide information on the constitutional law considerations surrounding the amendment and encourage each of us to form our conscience before we vote.

We hope you will attend the forum and support this first effort by our new Adult Learning Board.


This is St. Joan's program for Holy Week:
You just know that St. Joan's will have demonic puppets on hand and a "farmer's Liturgy"! Liturgical abuses will likely be in abundance!