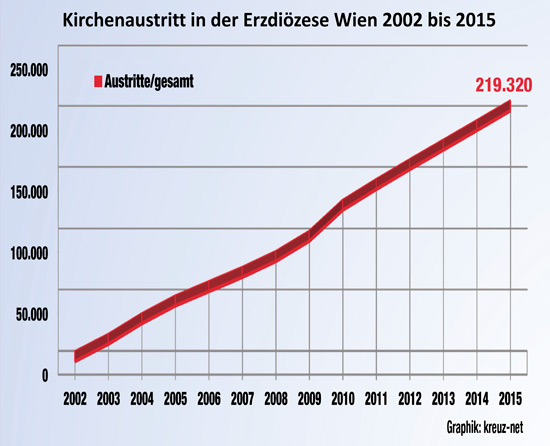 The decline in church membership has been in train for much longer than the last 50 (post Vatican II) years. Bringing back the Latin mass and old-style Catholicism does not seem to do much to reverse the long-term trend, so maybe we need to look much more deeply than we ordinarily do.

Rather than shepherding the sheep, the Church is shepherding its finances. Like a business enterprise, it is moving upscale, maximizing its profits. What do you expect from a Church contaminated with Nazi ideology? Eugenic social engineering that creates a class of slaves to support an oligarchy. Population control to preserve the earth for a privileged elite. Homosexualization to undermine families, prevent procreation, and destroy nations. The Sistine Chapel rented out for company festivities. Liturgy corrupted into base entertainment. Corporatism with a veneer of Christianity.

Wrong again. I was looking back much further than temporary blips in the post war period. The last two to three centuries have seen the gradual steady decline of formal religion in the West. As I suggested, we need to look much more deeply than we do for the causes of such a large-scale cultural and social phenomenon.

From 1951 -1971, the Austrian Church actually grew by half-a-million and stayed within a few percentage points of the total population.

Ah yes.. The Renewal! The New Springtime! The New Church!

It's all because of Vatican II and the modernist heresy that it swept in like a not so subtle Trojan Horse.

$20 says the while many who left will not return,the sedevacantist movement will grow in this region.(Thankfully)