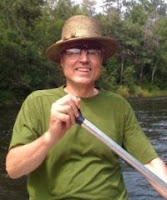 But Father Mike's not the only one with Lay Preachers in the house.
Posted by Tancred at 11:28 PM

What a hateful comment- what have you done lately to welcome people to Christ's table?

It's an altar, not a table, silly.

Great news! This parish is known for liturgical abuse and heterodoxy. It seems to me the Magisterium is finally acting on these renegade clergymen. Many souls have most likely been lost during their chaos.

Thanks be to God for Archbishop Nienstedt. When our Church Leaders actually stand up for the Catholic faith there will be those that do not like it, but the wheat and chaff need to be separated.

@ Tancred: LAYETH THE SMACK DOWN!

I know at least one Catholic at the Church of St. Edward who deserves to die and go to hell, whether or not that particular Catholic actually agreed with Fr. Mike's teachings on homosexuality and women priests. This particular cafeteria Catholic thinks that sins can be forgiven after confession and absolution, but how can sins really be forgiven in a church like this? Indeed, since when should any Catholic believe that their sins should be forgiven, period?

You must be a Mason.

I think the misunderstanding that people have about the church is that it is some sort of Democracy and you can vote on the things you like and don't like. It's not! It's led by Christ and those that are part of the Priesthood must have that calling to Christ and the Catholic Church - it's rules and laws. If that person does NOT have that calling there are other churches that will be happy to have them. Mike has had a calling to himself- I have heard his homilies for years and walked out on at least four of them. One was that he believed in abortion (God will forgive you anyway- that's what he said)another was an entire homily about the Archbishop.. who is his boss and he even made a comment that he had a hard time praying for him. This is a man that is supposed to TEACH and SERVE the people in the way the Catholic Church believe and instead he tried his hardest to rile up the people in the parish to DIVIDE them and carry them to his way of thinking.. INSTEAD of giving a homily about the Gospel and following Christ and serving the church and the church's people. He is there to serve Christ and not himself. His boss is the Archbishop and the Catholic Church. This man needs prayers. I am sorry he doesn't love his job enough and wants it to be more secular and change things that he doesn't agree with because they are just not fair to him. I pray that people will not fall prey to this and I am praying hard for him.

Great comment, thanks. It kills me that heterodox clerics like this are treated with kid gloves while orthodox pastors are treated like dirt. Sounds like the wrong kinds of people are running the show upstairs.

to Elkman - you're completely nuts dude!

It's about time that this priest was removed. He's not much of a priest when he can't follow the teachings of the Catholic church. These are the same teachings that he agreed to protect when he was ordained. Obviously, his memory is no longer to be trusted. Great job, Archbishop ! ! ! It's about time he was removed.

This is old news and rather than send him packing, they simply reassigned him to a different parish and he remains, incredibly, a priest in good standing with the Archdiocese.