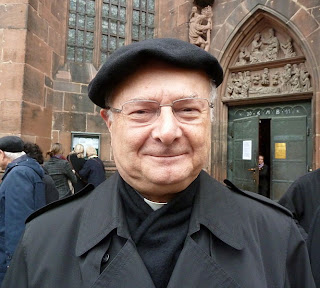 Edit: in most accounts of this, the homoheresy are being buried in the way this is hitting the US media.  They always seem to miss something.  Cadinal Zollitsch is a habitual enabler of aberrosexualism.

Also, Cardinal Kasper is in the same boat. And there’s some suspiciously sub-par reporting from the commerce bloggers at Patheos, which doesn’t even mention +Zollitsch’s full statement.

(Freiburg im Breisgau) Always the same talk of reform, forever old issues, meaningless language. At the end of  the Freiburg Diocesan Assembly  which met from Thursday to Sunday, Archbishop Robert Zollitsch has announced plans to implement the 300 delegate approved recommendations for developed proposals for church reform. 300 "Christians and experts" from the Archdiocese had worked in groups, such as "Church must change”  to a "changing society” and continuing “to be close to Christ and the people" -  such is the motto of the Diocesan Assembly.  The chairman of the German Bishops’ Conference is quoted to say: "Nothing is forgotten or lost. I am responsible for ensuring that the issues remain on the table ".
Among other things, Archbishop Zollitsch wants to make a strong proposal for a "specific diaconal ministry for women". He was doing this "on the basis of the teaching of the Catholic Church." Another point concerns the admission requirements of remarried divorcees to receive the Holy Eucharist. "I am concerned without putting the indissolubility of marriage in question, to take the women and men affected seriously.” [We’d think that has been done already by the Church historically speaking] The Archdiocese of Freiburg is therefore considering a so-called pastoral "handout" to "encourage companionship" for all parishes issue that could officially authorize example remarried to Eucharistic reception under the condition that those concerned acknowledge in conversations with pastors expressed that their first marriage was not terminated lightly. Furthermore, a new form of blessing should be given for a second marriage.
Other reform proposals that Archbishop Zollitsch  would check and implement where possible, relate to Blessing Celebrations for same-sex couples and the possibility that women may preach in Sunday services.
Text: Martha Weinzl
Image: Wikicommons

Since Pope Francis sees himself as the “Pope of the Poor”,  the clergy is lined up “stirred and uncertain in a good sense”.  Cardinal Woelki:  “In Germany we will make it clear, what Church is really about:  That we won’t live any more for money and status, rather more for social justice and more on love, which are those things which are priceless.”

In a discussion with the Berlin “Tagespiegel” on Easter Sunday 2013,  Cardinal Woelki endorsed a stronger taxation of estates, explicitly the increase of inheritance taxes for a more equitable distribution between rich and poor.

In the same breath the Berlin Cardinal wants to increase the length of unemployment benefits.  The number of unemployed has dropped, yet the number of Hartz-IV receivers has not sunk.

Even the homelessness is very closely connected.  In Berlin there are 350,000 residences at moderate addresses.  373,000 Hartz-IV households and a further 500,000 low income households compete for these.

Cardinal Woelki sees a great danger that “many in the center will be pushed to the margins of the city, as is also the case with other large European cities”.

In a (system Cardinal Woelki describes as a “good system”)  free market economy, the centrally located real estate is even more highly valued than would be encountered in the (industrial and trade ) peripheral areas.  As if that weren’t enough, the rents and sales prices are higher.

Nazi-Church Tax is a “protected system"

The Church-tax which was directed to the dispossession of the Church is defended by Cardinal Woelki:  “It is a protected system, through which the church members make contributions for the maintenance of ecclesiastical commitment.  Through that they also do something for the common good.”

As regards the false content of the commentary of the “Tagespiegels” (Claudia Keller and Rainer Woratschka): “In canon law it may even be possible, to name women as Cardinals” to which the Cardinal answered “somewhat” surprisingly: “You are right.”

And also:  “Even at the level of the Universal Church women must be more significantly connected to responsible positions.  The Pope needs good advice and one should be well consider, how the advisory boards in the Vatican should be occupied.  We were very pressed just days before the conclave, to get to know each other for the first time.”

The erroneousness of the Cardinal, who “isn’t one of the narrow minded"

If Cardinal Woelki had now explored the theological and canonical foundations for his positive answer to “Cardinaltrixes”,  we would have been grateful.

Already on Katholikentag in Mannheim the Cardinal dumbfounded with a private theory on homo-depravity: “I consider it as conceivable, that there, where people are acting responsibly for one another, where they live in a stable homosexual relationship, that it can be regarded in a same manner as heterosexual partnerships.”

The Catholic internet site has dubbed Cardinal Woelki for that reason with the honorary title of “Homo-Kardinal”. (previously even borrowed from Cardinal Schonborn)

For the adoption of a “distinction”, the gay homo-lobby decisive but really not courageous enough:  “For such implicitness he can’t distinguish himself."

2012 no Priestly Ordinations in Berlin

Thus he was named as the Archbishop of Berlin and had been created by Benedict XVI. as a Cardinal with a productive mission: the growth of priestly vocations.  In the year 2012 there hasn’t been a single priestly ordination. 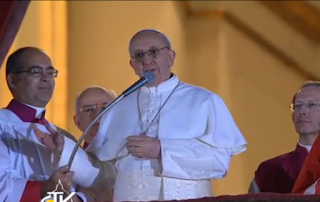