Trump in Posession of Pelosi's Laptop after Siege of Capitol -- Vatican Involved in the Steal!

Edit: as Simon Parkes mentioned before, the Vatican has been implicated in the Steal.
Update:  Lots of Stories in the MSM about Pelosi's Missing Computer
Link ...
AMDG
Posted by Tancred at 7:37 AM 9 comments:

Yes We Can: Voter Fraud at University of Minnesota

Members of Students Organizing for America, a group of students aligned with the Democratic Party, may face a criminal investigation and possible felony charges after confrontations with an election judge over voter vouching during Tuesday’s election.

Ginny Gelms, the interim elections director in Minneapolis, said she will submit a report to the Hennepin County attorney’s office and the Minnesota Secretary of State‘s office today. The offices will investigate a possible incident of improper vouching.

Gelms said she was told by the University Lutheran Church precinct’s chair election judge there were two incidents of individuals trying to vouch for people they did not personally know.

Posted by Tancred at 5:20 PM No comments: 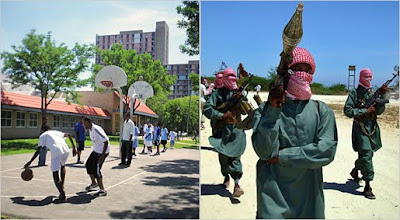