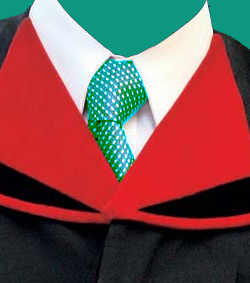 A 23 year old mother had made contact between her 14 year old brother and a work colleague and advised his brother to accept the "friend request" of pedophiles via Facebook.

The perverts had also offered to pay the woman for sexual acts with the young people.

There were 230 euros assessed, which were to be used for the rent, the woman alleged.

Six months later the contact came to "fruition": It involved sexual abuse by the gay pedophile.

The accused defended herself with mental retardation.

The judge apparently found that the woman knew what she was doing. But did not hold him back from a trivialization for a limited pedophilia-related prison sentence of six months, this by judge Dietmar Wassertheurer.

The correction effect by the judgment will be lower.

With all severity: 12 Years unconditional imprisonment for former priest

The former headmaster of an Upper Austrian school, a now 79 year old laicised priest was put on trial for violent and sexual offenses to students.

Prosecutor Dagmar Geroldinger accused the gay child molester, to have engaged in sexual acts with 15 boys.

The school had reacted immediately and engaged the necessary consequences. Regardless of a person in the statute of limitation there is 500,000 euros and 200,000 euros in reparations that have been paid for therapies: a good deal for psychotherapists, so you would have to pay the cost of around four years of salaried therapists.

The School has Warmly Welcomed the Conviction.

The offenses date back to the years (1971 to 1996). The accused, Oliver Plöckinger had been barred a plea for acquittal. In the case of the rejection of the statute of limitation period, he had expected a sentence of 8 years imprisonment.

Apparently, the defendant had particularly bad cards as a former clergyman.

Judge Wolf-Dieter Graf pronounced a sentence of 12 years. The judgment is not final, it applies to all the presumption of innocence.

It is again remarkable that apparently, abuse crimes are committed dispoportionately by gays.

Not entirely surprising, however, considering that these perverts have already broken the limits of the natural and have been recognized sexuality in society. Since the threshold for pedophilia is more than just a small obstacle, it is more puzzling that the parliaments have allowed the adoption and custody of boys by homosexuals as it makes the Austrian Parliament with the votes of the supposedly Christian values ​indicative of OVP is these days.

No mercy for pedophile sex offenders!

The call can only be: No related penalties for pedophile sex offenders, no fines, imprisonment exclusively - and especially with the known high relapse rate!
Posted by Tancred at 7:50 PM

I told you that one perversion begets another
perversion which begets another. Perverts are addicted to perversion. The difficulty in a sane
society is that it should be a hanging crime but
then there's the problem of false accusations.
Even with all the I luv U-U-luv Me dopeyness in
society the truth is that people are commodities. Usefuls and non-usefuls.