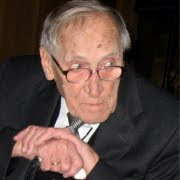 A Good and Useful Finding

A Marxist with a human face has posed a connection between sexual discipline and the accomplishments of civilization.

(kreuz.net) "Are the particular rules dealing with sexual matters, which have been formed by Christian civilization, related with the accomplishments of this civilization in the areas of science, literature, art and later, engineering?"

This question was posted by the Marxist author, Leszek Kolakowski († 2009) in its "Mini-tractatus on Maxi-themes", which first appeared in German in 2002 in Frankfurt.

Kolakowski was a Polish Philosopher and Essayist. He is a proponent of Marxist ideology.

His answer: "On and apart from it we can trace that the aforementioned relation between the Christian sexual morality and the civilizing accomplishments of Europe are extant and of significance, although difficult to demonstrate."

Kolakowski is thinking about principles and not on the actual practice of them.

Because: "The mere existence of the rule is important, not only important because of its importance to property and the system of inheritance, but also because of the way it contributes to the dissemination of cultural goods and labor organization."

The philosopher comes therefore to the conclusion, "that monogamy is a good and valuable invention, regardless of how it really works in a purely sexual matters, and that the intellectual, artistic and technical achievements of Europe have monogamy as one of its pillars."

© www.mariuszkubik.pl
Posted by Tancred at 9:47 PM

Email ThisBlogThis!Share to TwitterShare to FacebookShare to Pinterest
Labels: Family

You are a bit behind in your knowledge of L. Kolakowski. He was indeed a Marxist, but abandoned that pseudo-religion after a careful examination of its precepts and history. It was by examining Marxism that he demonstrated its fatuity.

We'd be grateful for any present writings or declarations from the man indicating his conversion of heart. This is good news indeed, but the strength of this learned man's arguments still stand.