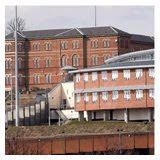 Edit: something's brewing beneath the surface. Would have just put up the article from Telegraph, but couldn't find it.

London (KNA/pius.info) The secure psychiatric clinic in Broadmoore in English Berkshire will have a witch and a Rastafarian on the team of their spiritual assistants.

This is so that the hospital can meet the needs of heathen and Rastifarian adherents who come under their care, reports the newspaper "Daily Telegraph' on Wednesday.

At the present patients of Christian, Jewish, Muslim and Buddhist spiritualities are served. In future even a Hindu priest will work in the clinic. "We try to support our patients irrespective of their convictions, to continue to practice their religion and remain true to their faiths," said a clinic spokesman to the Times. Actually, this is not part of the official procedures; spirituality and religious devotion are in any case an important part of the healing process of psychological illnesses.

Commentary: The decline into heathenism goes still further. The Cure de Ars once said: "leave a village for twenty years without a priest -- and they'll be praying to animals." (1)

For two generations the Catholic Church has relinquished, in the name of the religious meeting of Assisi already, the First Commandment of God: "Hear, Israel, I am the Lord thy God, and you will have no FALSE Gods beside me."

The psychiatric clinic in Broadmoore, which now has a witch, a Rastafarian and employes various other worldviews is a direct fruit of Assisi. Not in the sense of a cause-effect-relationship, but because Assisi collaborated, to establish a new way of thinking. Because the Catholic Church itself has arranged it, that all religions are similar ways, which is found increasingly in the neo-heathen revival in state and society, as for example at the clinic in Broadmoore.

Increasingly, the convinced Catholic asks: Holy Father, why, why do you let these false ways into the Church? And still more: why did you yourself also take part in these scandals?

Link to piusbruderschaft.de...
Posted by Tancred at 7:39 PM

Email ThisBlogThis!Share to TwitterShare to FacebookShare to Pinterest
Labels: Culture