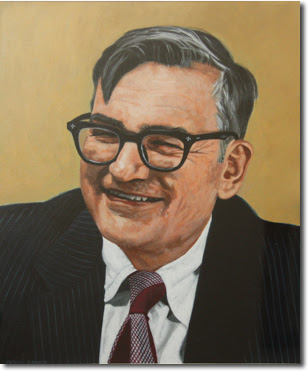 Argentine War Hero: Do Penance and Go to Mass

The conflict between Argentina and the United Kingdom irrupted in 1982 on April 2nd.  It's been 10 years since a British task force arrived to retake those remote islands.   The most significant opponents this task force faced was the Argentinian Air Force whose attacks cost them dearly and may have made their efforts untenable at last.

One Air Commander Pablo Carballo, former A-4B pilot (Argentinian Air Force) who flew the mission which destroyed HMS Coventry [Thanks to reader for correction]  with Commander Carlos Rinke on May 4th in 1982, was one of those threats.

This accomplishment, whatever one's national sympathies are, is a tribute to the professionalism and dedication of Argentine aviators and ground crew.  It is especially a tribute to  those who flew those dangerous missions in the face of death.  Yet what is most impressive about the man who dealt the British task force a terrible blow, Commander Carballo, who is something of a war hero in Argentina, is his dedication to the Catholic Faith.

What does he say to the young men who look up to him?

Man, you want to truly honour me? Go to a church, look for a priest, confess your sins, and attend Mass

Editor:  Here is a man who bore the indignities and torments of the Passion.  He was beatified by John Paul II on October 3, 1998. In honor of his birthday which is May 8, the feast of St. Victor Maurus, we present a piece written in 1947, defending this great man against his Communist persecutors.  We personally recall a University professor who taught at a Midwestern College who lamented the Beatification of this great Saint, repeating the vicious calumnies against the Cardinal repeated by his Communist hosts in Tito's Yugoslavia during the sixties.  We hope that we can do a small part in making reparation for that by this small work.  Our age needs more heroes like him. Maybe you can help Our Lord carry his Cross? 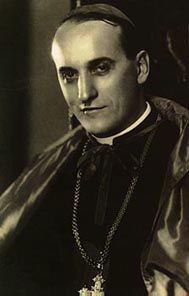 This is No. 10
in Pamphlet Series on Communism
published by the Catholic Information Society

Aloysius Stepanic [Croatian: Alojzije Viktor Stepinac, 8 May 1898 –10 February 1960] is a Croatian peasant, Archbishop of Zagreb and spiritual chief of all Catholics in his native land.

In October, 1946, he was condemned by Joseph Tito, communist dictator of Yugoslavia, to sixteen years of forced labor, on the score of political activity against the State.  At this writing he is still in prison, despite the pleas and protests of millions, literally, of those who know him not as a politician but as a saintly humanitarian, the indomitable palladium of all that is best in Croatian culture.

Stepanic fought as a youth in the Austrian-Hungarian Army.  He was twice decorated by his government for valor on the Italian front.  As a Second Lieutenant on the Salonika Front, he was awarded the highest Yugoslav military decoration.

Read further, here.
Posted by Tancred at 10:06 PM No comments: