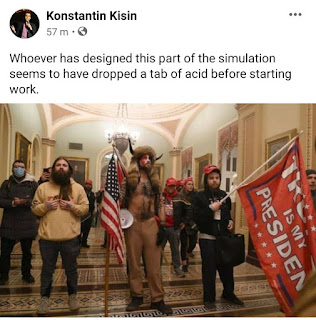 Edit: Seeing these reports come up earlier. I saw this on Vlad Tepes. Looks like the protesters, including one identified by Antifa as a "White Supremacist" who is seen in several other pictures with the Qanon actor who poses as a Shaman and was present at the Arizona Stop the Steal. 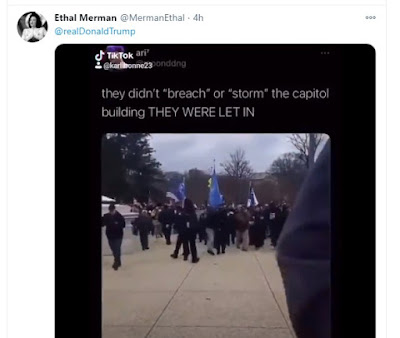 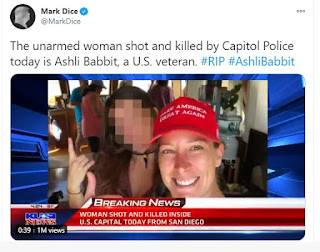 Update: we removed the offending photo.  Hope people are more angry with Charlie Hebdo than they are with us.

Edit: this graphic cartoon didn't get much press outside of France that we recall. There certainly wasn't the kind of response from the Christian world that there has been in the Islamic one.  The Christian world has cravenly stood by as a silent and ineffectual spectator with respect to such things.

Still, the identity and the motivations of the perpetrators are unknown.  Until an organization takes responsibility for it, which to date no one has, it will be impossible to know.  But even if it was Islamics, surely no one expects that the blame will be put where it belongs.

Link to Ignis Ardens where the suggestion was made by a poster citing a French source, here.
Posted by Tancred at 5:47 PM No comments: