Italy.  [kreuz.net] On Friday 250 Abbots of the Benedictine Confederation re-elected Abbot Notker Wolf (72) as Abbot Primate. He has had this office since the year 2000 inclusive and has been elected for still another four years. Abbot Wolf represents about 7,350 Benedictines and 15,400 nuns.

Diversity is a value in itself? In the Criminal Museum There is a Diversity of Instruments of Torture

Germany. On the Saturday before last there were about 20,000 eager spectators at the Berine Alexanderplatz for a "Festival of Churches". The rock singer and defender of the violence of abortion, Nina Hagen, gave a free concert. For an additional eent there was an ecumenical service with the Old Liberal Homo-Cardinal Rainer Maria Woelki, the Evangelical Lay-Bishop Markus Droge and the Greek Orthodoox Metropolitan Augoustinos. There were about 170 booths supposedly informing about the "diversity" of the Christian community.

Italy. On the 18th September the General Chapther of the Catholic eremitical order the Carmeldolese began. This was according to the website 'ruferstimme.blogspot.com'. The order of eremites was founded by St. Romuald of Camaldoli (+1027). The General Chapter took place in Rome.
Posted by Tancred at 9:10 AM 5 comments: 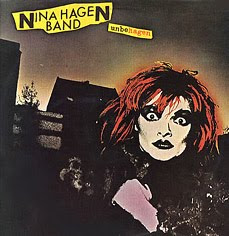 Image stolen from: mymusicislost.blogspot.com
Posted by Tancred at 12:38 PM 3 comments: