According to the archdiocese, the money comes from funds that are "available" to Marx - theologian David Berger: Marx is making more dead refugees in the Mediterranean  - Captain of the boat on Twitter: "Team Umvolkung" [Umvolkung is a National Socialist German word for the process of making the German people forget who they are.] for  and "tug king"

Munich (kath.net) The Munich Cardinal Reinhard Marx has donated 50,000 euros for the not uncontroversial private sea rescue by the German ship "Lifeline" in the Mediterranean. This was confirmed by a spokeswoman for the archdiocese, as the BR reports.

Numerous critics accuse the private rescuers that they are contributing to trafficking through these "rescue operations". According to the archdiocese, the money comes from means "available" to Marx. However, it is unclear whether Church  taxpayers' money will be used or Marx paid for it privately. His monthly income is according to the BILD newspaper 12.526 euros. Most recently, the Lifeline attempted to sail under the Vatican flag. This was rejected by the Vatican.

In his blog, the theologian David Berger sharply criticized Marx's donation: "With the donation of 50,000 euros to the NGO / Mediterranean ship Lifeline, Cardinal Marx from Munich is not only negligent in dealing with funds that do not belong to him, he also causes more dead refugees in the Mediterranean Sea and supports the Islamization of Europe, and those who continue to co-finance it are complicit.

Kathnet tweets an admonition to the Cardinal about the passage in Mathew that a man who gives alms should not let his left hand know what his right is doing. Bravo Kathnet!

Mr. Plantiko points out that this is Church-tax money, not money from his own estate. 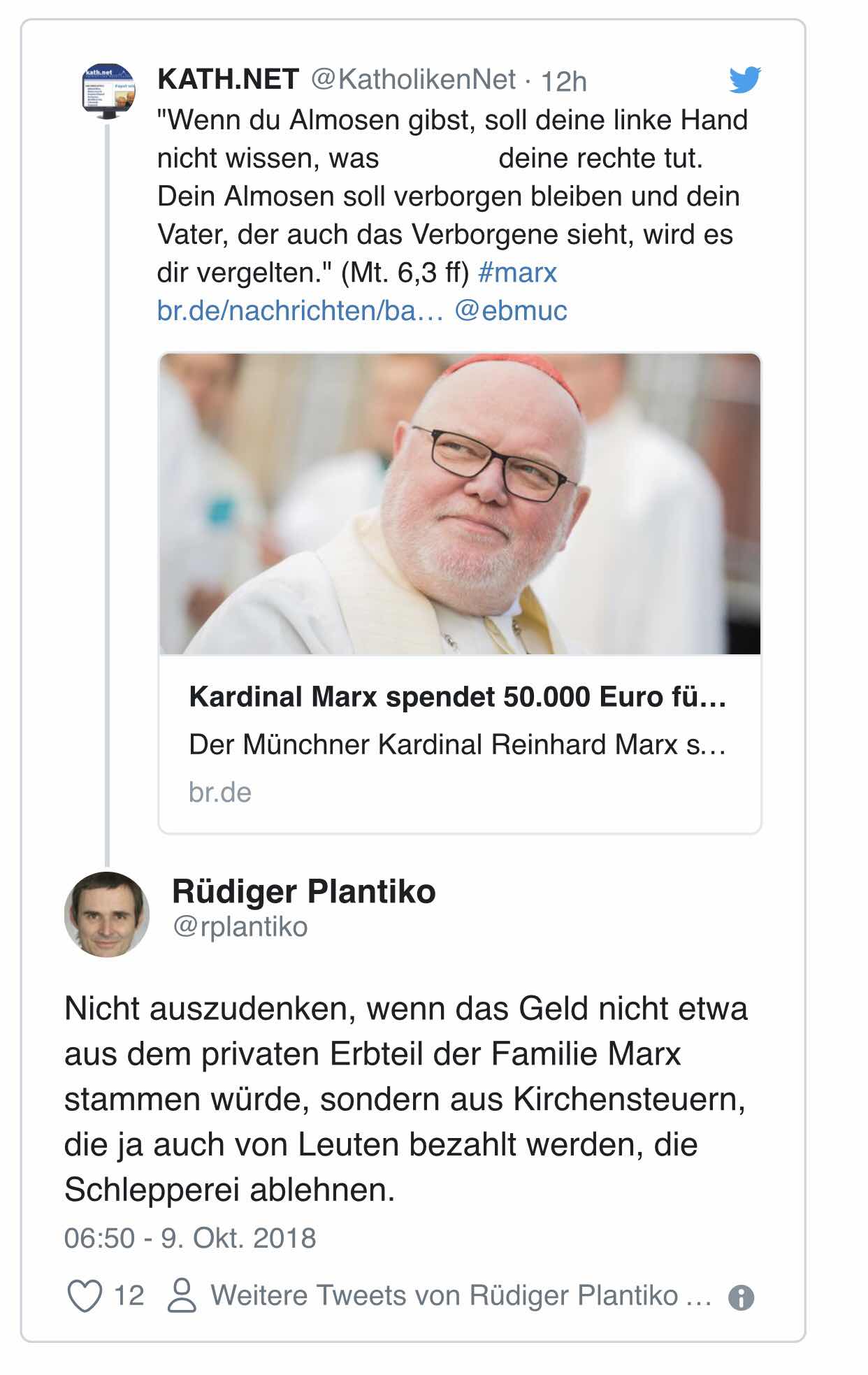 Sea Captain Reisch thanks the Archdiocese for the 50,000 to fund an Islamic invasion of Europe and Germany. Apparently, the AfD Party which is influential in Freising wont be happy about this. 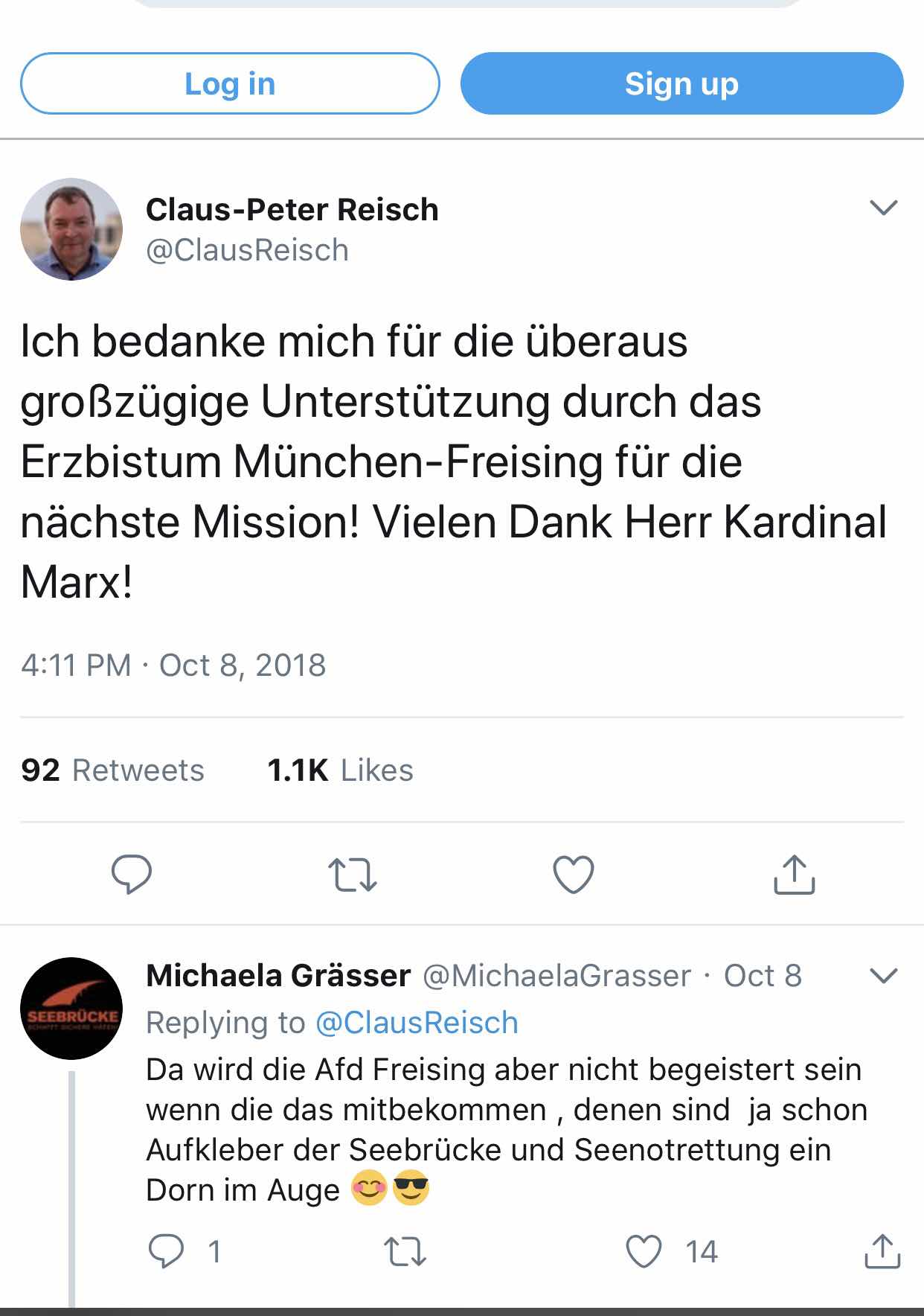 Here’s the “Tug King” with one of his controversial t-shorts. 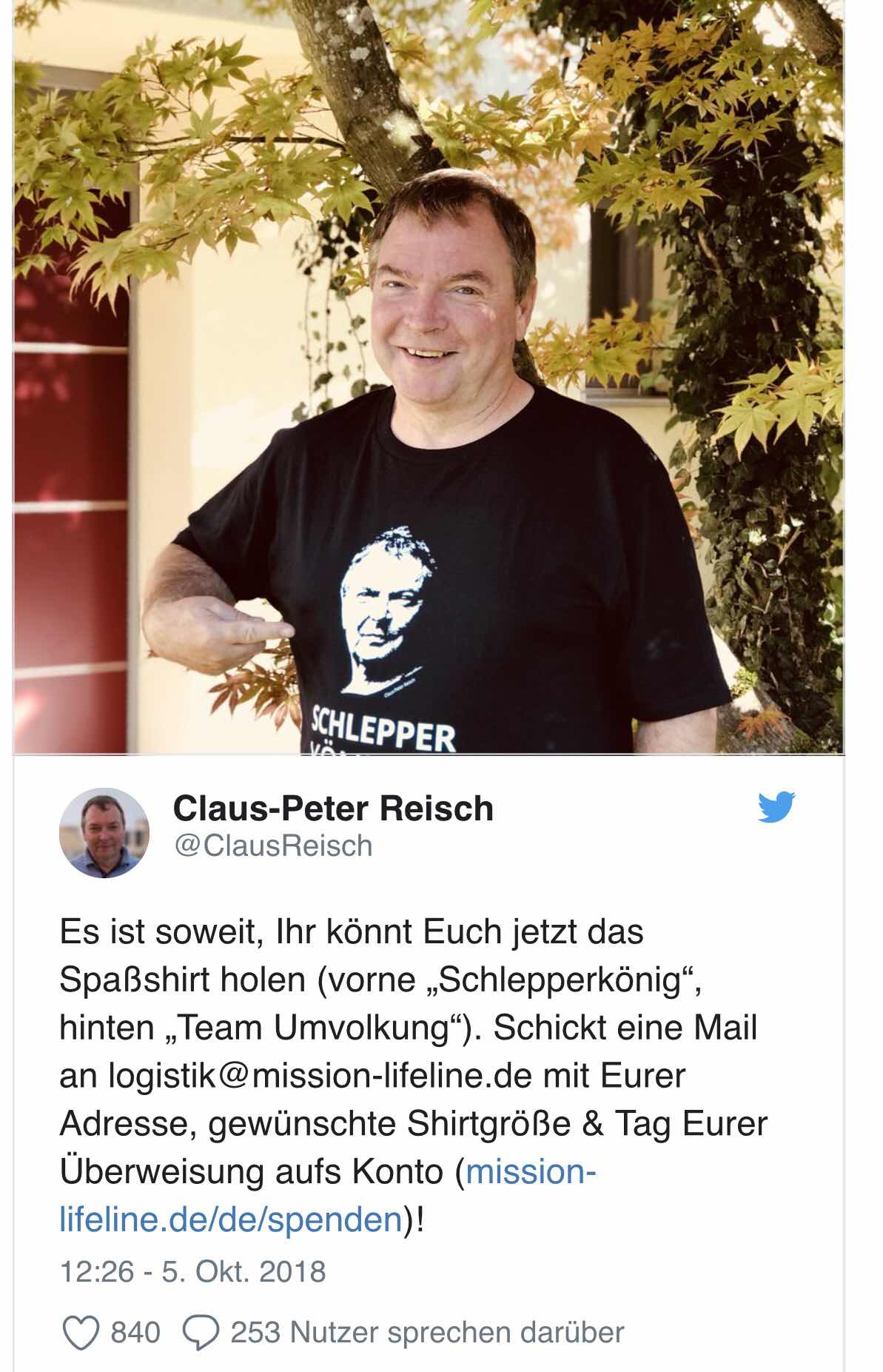