Another Traditional Society Being Wrecked by Bergoglian Commissar

Traditional Society of Familia Christi by the papal commissioner in fact dissolved.

(Rome) The Commissar appointed by Pope Francis has de facto dissolved a traditional
fraternity. Not one reason for the drastic measure was mentioned. The Priestly Societt of Familia Christi is the first genuinely Italian Ecclesia Dei community. This is the name given to the traditional communities that are committed to the traditional form of the Roman rite and are therefore subordinate to the Pontifical Commission Ecclesia Dei, today a division of the Congregation for the Doctrine of the Faith. It also appears to be the cause of the profound aversion to the Society which progressive Italian Churches hold against them and the Archbishop, who recognized them as ecclesiastical.

The Priestly Fraternity Familia Christi (FSFC) is ecclesiastically a clerical society of Apostolic life of diocesan right. Its founder, at that time still as a lay association, is the Vatican diplomat Msgr. Giuseppe Canovai, who died in 1942 at the age of only 37 years. Before joining the diplomatic service of the Holy See, Canovai was a student pastor in Italy. In this capacity, he founded the lay association Familia Christi, which was recognized in 1938 under canon law. His spiritual diary, which he kept from the age of 15, is considered a special treasure and aid for personal sanctification. His beatification process is under way. After a long journey, priestly vocations grew out of the lay association, eventually leading to the founding of the fraternity. In 2014, after a long examination, it was first recognized by the then Archbishop of Ferrara-Comacchio, Msgr. Luigi Negri, and canonised on 8th September 2016, the Feast of the Nativity, with the benevolence of the Pontifical Commission Ecclesia Dei according to diocesan law.

Archbishop Negri, who was praised by Pope Benedict XVI., among the diocesan bishops of Italy. He was attacked accordingly. After the election of Pope Francis, his opponents tried to get rid of him as soon as possible. At the same time, people did not shy away from public discrediting. Although Msgr. Negri remained in office until the age of 75, it was not one day longer. In his book he spoke in connection with these hostilities,  of a "climate of retribution". The change at the Church hierarchy at the  top made it possible.

With his retirement, though in good health, the problems for the Fraternity of Familia Christi began. The appointment of the successor meant a provocative break with Negri's line. The new archbishop was Msgr. Giancarlo Perego, a "street priest" who "works on the margins" in February 2017, as he was officially described. A "super-progressive migration advocate", as the Vaticanist Marco Tosatti put it.

The same was repeated in Ferrara, which had previously happened in the archdiocese of Mechelen-Brussels.  There, too, Pope Francis retired Archbishop André Joseph Leonard, hated in progressive church circles, as soon as he was 75 years old. Previously, he had already denied him the cardinalatial dignity, which is traditionally associated with the most important diocese of Belgium. No sooner had Leonard's successor, the progressive Jozef De Kesel been installed than he began to dismantle Leonard's acknowledged, New Rite, but "too conservative" brotherhood of the holy apostles.


The numerous priestly vocations of the Society did not speak well for them, but were a thorn in the side of the progressive church circles with their empty seminaries. Finally, the Priestly Fraternity, whose priests were very popular in the parishes entrusted to them in and around Brussels, was banished from Belgium by De Kesel, whom Francis, unlike Leonard, was immediately called to be a  Cardinal, and dissolved by Pope Francis.

Like De Kesel, Msgr. Perego immediately showed an open aversion to the traditional fraternity of Familia Christi. He deprived the priests of the parish church of Santa Maria in Vado, an ancient basilica in the center of Ferrara, where in 1171 a Eucharistic miracle took place, which had been
entrusted to them  by Archbishop Negri. The expulsion took place under the pretext of a "structural reform" through parish mergers to pastoral units. On October 1, 2016, Archbishop Negri, in the presence of the mayor of Ferrara and other officials, had canonically appointed the Superior General of the Society in the traditional rite as Pastor of Santa Maria in Vado and other Friar Ministers as chaplains.

On December 1, 2018, the Prefect of the Roman Congregation of the Faith, Cardinal Luis Ladaria Ferrer SJ, appointed the Auxiliary Bishop of Rome, Archbishop Daniele Libanori SJ, as "the Commissioner Plenipotentiary sent by the Holy See". Father Libanori, co-brother of the Pope in the Order of the Jesuits, was appointed as auxiliary bishop by Francis in November 2017.

The Commissar, with all authority, took over the leadership of the Society with the task of clarifying whether "the elements and conclusions" that had emerged in the course of a canonical visitation were well founded, and "if necessary to establish future paths for the fraternity".

What "elements and conclusions" were found, is still unknown.

"And again the question arises: what such a serious thing can these priests have done to attract the canonical attention of a church, such as the Franciscans of the Immaculate, the Gospel of the Gospels, or the Sisters of Laval, to any kind of doctrinal and theologically approves and favors bizarre and affirms prelates without hesitating in important and delicate offices, which speak out for the gay marriage and the women's priesthood. "


Archbishop Perego had had a canonical visitation of the Brotherhood in 2018 and sent his report to Rome on September 30. The wish he expressed in it was promptly fulfilled by the Holy See: Rome sent a Commisar.

"And then one wants to make us believe that this pontificate is merciful, rich in dialogue and tolerant of the various sensitivities and by no means biased and hostile to certain ecclesial realities," Tosatti said in December 2018. 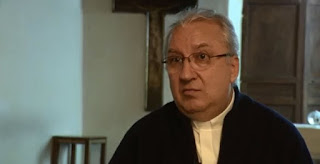 
On 30 June, the Commissar issued a decree unbinding all priests, novices and subjects of all promises and commitments. In a nutshell, he dissolved the Society  and sent home all those who are not yet ordained priests. Although the Society of Familia Christi was not dissolved by formal law, all its activities are prohibited. It may no longer accept, arouse, or look after any vocations. The Society members, who are already ordained priests, "remain in a kind of limbo," according to the traditional side Messa in Latino.

Edit: the video has 80k hits so far.  This was from ChurchPop and BigPulpit.  Demonstrating once again the enormous popularity of traditional practices and the thirst of ordinary people for what was handed down to us. 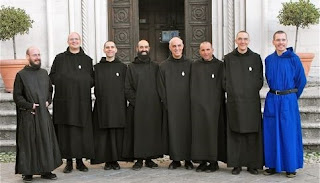 (Berlin) The Church as a multifunctional hall. Some churches serve as exhibition halls, others as dining rooms for Christmas dinner, feeding the poor or charity galas, and still others as a cultural centers for lectures and discussions, and more recently some are used even for refugee accommodations. This is also the case in Bremen-Woltmershausen. The Catholic Church of St. Benedict was rebuilt at public expense into a refugee camp for Muslims.

HERE YOU CAN ADVERTISE »
From the 330 square meter church  "small residential units with around 20 square meters" were built, reported the Weser Kurier .
In the former Catholic church some 40 Muslim refugees are to be moved. The Bremen Senator for Social Affairs, Anja Stahmann inspected the renovated and repurposed church  today with some Muslim refugees and considered the effort to be extremely successful. A Catholic church which has been  rebuilt for Muslims,  it is at last  a sensible use. Green Party politician said, "which is lived charity". Surely, you must know, yes.
For now, the Catholic parish has  made the church available for a year. "Worship should be celebrated in this period in the parish hall," said the Weser Kurier. Why   the Muslims themselves shouldn't   move into the community hall so that the liturgy, the nature of the parish community, can be celebrated in the purpose-built church, was not a quetion asked by the newspaper.

Church made available for a year as a refugee accommodation

"Sacred objects like the altar and the wall Cross remain in the Church", because, according to the newspaper, after one year the church is expected to "be used again for worship". Whether the church was profaned liturgically, Pastor Johannes Sczyrba would not say. He and his parish are rather proud to be the first Catholic community, "which has made their church available, only for a certain time as a refugee accommodation."
The church was built after the Second World War, as 15 million Germans were brutally driven from East Germany and linguistic enclaves in eastern Europe, which increased the number of Catholics in Bremen. The church was built in 1966 and established as a parish in 1993. Today St. Benedict's is only a
The church was built in 1966 and built in 1993 as a parish. Today St. Benedict is only a filial church  of a larger regional parish.