Yes, James Martin is a Heretic. You Had to Ask?

Edit: Vox Populi has been picking on this fraud for a few days at least, and James Martin has been particularly insufferable in recent days too, as he's feeling his oats.
Truly, it's astonishing that this man is unironically presented by the media, and the official apparchiks, as a Catholic priest in good standing.
There's nothing Catholic about him, and like a lot of his confreres, he despises Catholics.
[Mahmoudsparadise] The Catholic Church has long opposed giving communion to the divorced and remarried. Recently a vocal and powerful minority within the Church, probably including the Pope himself, have challenged this position.

It is a sign of the decadence of the state of contemporary Catholicism that those in this minority are called "liberals", or perhaps even "moderates"--advocates for the importance of "pastoral care" alongside doctrine, and even disciples of the "new" doctrine of mercy, advocated by the current Pope.

In fact, of course, they are heretics.

I'm not using the term because I don't like them (though, obviously I don't), but because it is precisely accurate. In Catholic terminology a heretic is one who denies one or more (though not all) claims of Catholic doctrine. If one is in in favor of giving communion to the divorced and remarried, then one must deny at least one doctrinal claim.
http://mahoundsparadise.blogspot.com/2015/10/is-james-martin-among-others-heretic.html?m=1
Posted by Tancred at 9:56 AM 12 comments:

Will the Heretic Hans Küng Euthanize Himself?

Originally from Switzerland, the shoe salesman's son, assigned as an ostensibly Catholic theologian, had his permission to teach withdrawn, because of continuing to spread of heresy in 1980, by Pope John Paul II, whose canonization progresses in the Church.

In an interview with a Swiss radio station on the 20th of December 1979, Küng was completely surprised "of such an action," which puts him in the vicinity of “heretics” (said the interviewer).

Küng is considered to be the mouthpiece of the modernists who seek the protestantization of the Church.

At the same time, the examples of his person shows how far the “Catholic” university has removed from the theology of Catholicism and the (Catholic) Church.

Küng has been hyped by the Left to be the contra-part of Cardinal Ratzinger. Küng, who was transferred early and without teaching certificate at the known Left University in Tubingen as professor of fundamental theology, had already after 1960 made his demand for the abolition of celibacy, who called ecumenism, the destruction of Catholic teaching content, the killing of children in the womb and the ordination of women and promoting the lay chalice.

Demands, which ever since then have been repeated like a neoprotestanten mantra.

Surprisingly, Küng did not transform to the Protestantism of Luther’s fiery anti-Semitism, who has so long ago fulfilled all of  his demands.

When Cardinal Ratzinger was elected Pope, Küng had, according to his staff "became ashen, is supposed to have had beaten over the head with his hands." No later than the election of Pope Benedict XVI., he spoke an opinion on the work of Kung.

According to his own report, Küng is suffering from Parkinsons, and could barely write or even read any more due to an eye injury.

Although he was not suicidal, he was “lived long”.

Since now his imagined volume of his memoirs is thus also the last, he would be retiring from public life.

Even Abortion as Publicity Stunt

To enable the advertisement of this last work of the die hard theologian, Küng has addressed himself to suicide attackers (for his own behalf).

What is "a scholar who can not read and write," asks Küng of himself.

The suicide pills of Swiss euthanasia institutions have particularly impressed him. Perhaps he will even be the protagonist of a "self-abortion camp" inspired by a U.S. TV station - with live broadcast of course.

Küng has already even picked the shallow grave.

At one time the Church buried the bodies of suicides and representatives of the "dishonorable professions” (like executioners) just outside the church cemetery, for good reason.

SSPX as a Last Resort Before the Descent into Hell

If God deems to treat kindly with Küng, He might send him a priest of the SSPX for confession. As a last attempt to return him from his God forsaken way. 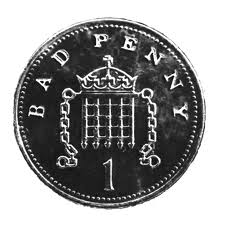 (Hannover) The Tübingen Theologin and church critic Hans Küng hopes to be rehabilitated by Pope Francis. “It would be a sing for many, that injustice can be made good”, said the 85 year old for Hannoverschen Allgemeinen Zeitung on Thursday. He hopes that this “will still happen in my lifetime.” The German Bishops’ Conference had withdrawn Küng’s ecclesiastical permission to teach in 1979. He denied, among other thins, the Dogma of Papal infallibility. Küng is the president of the foundation Weltethos, which he recently resigned for reasons of age.


Edit:  We reported earlier on a group of nuns who were wasting a lot of money to campaign for Democrats, using money for their luxury bus that could have been used to feed the poor.

Despite protesting that their reputation for being less than Catholic, and have “have opted for ways that take them outside communion with Christ in the Catholic Church,” as Cardinal Rode said, these nuns continue to confirm everything they are accused of. Not only is this nun pro-abortion, but she's "uncomfortable" with being Catholic, and the Devil hates holy water too.


Sister Campbell, who revealed in a June talk that she is uncomfortable calling herself pro-life, also said that her support of President Barack Obama’s healthcare program is part of her “pro-life stance.”

“We all share responsibility to ensure that this vital health care reform law is properly implemented and that all governors expand Medicaid coverage,” she said. “This is part of my pro-life stance and the right thing to do.”

Sister Campbell attracted national media attention early this summer when she organized a “Nuns on the Bus” tour to protest the Ryan budget plan. She and the Network lobby have been prominent in their support of liberal social programs, including the Obama administration's health-care reform. In June, a Charlotte newspaper reported that in an appearance there Sister Campbell had "scorned the US bishops for their continued opposition to the health insurance law."

Edit: Archbishop Nienstedt told the priests of the Archdiocese of St. Paul and Minneapolis to remain silent if they had any reservations about his extensive efforts to protect marriage by encouraging Catholics to vote "yes" on the Protect Marriage Amendment in early January of this year.  He was especially concerned with the Monastery Gone Wild.  We were watching one priest to see whether he'd remain silent.  He didn't disappoint.

This priest is one of the most vocal opponents of the Archbishop, the unteachable Father Mike Tegeder.   It was expected that he wouldn't be heard from in some quarters, but he managed to voice his dissenting opinions for the local art rag City Pages in June. He doesn't want Catholics to vote for the marriage amendment because, as Father Tegeder insists, defending marriage will lead to homosexuals being bullied.  We e-mailed the Archdiocese and have heard nothing back from them at this point as to what, if anything, they've done with this destructive priest.  Although he hasn't been heard from since then, it would be encouraging if he were laicized and sent packing without any benefits like a lot of traditionalist priests were treated throughout the years.

Meanwhile, in central Minnesota at the Modernist Benedictine Monastery in Collegeville, which houses  a cast of free range sexual predators and other deviants, the infamous Father Bob Pierson feels free to speak his mind.  But something has apparently been done with regard to the habitual dissident.  He has been silenced, he claims.

He is currently the Guest Master at St. John's Abbey in Collegeville, Minnesota and attempted to host a gay naked retreat with guru.  It was cancelled.

Father Pierson, in addition to his penchant for nude gurus, has a Facebook relationship with another dissident silenced by the Archdiocese, Lucinda Naylor, who was terminated as "artist" in residence at the Basilica of St. Mary's in downtown Minneapolis by Archbishop Nienstedt's direct intervention and attempted to create a piece of modern sculpture out of DVDs of the Archbishop's talk, defending marriage.   Miss Naylor asked the Modernist Monk about his situation, and he wrote about how the Archbishop responded to his public statement as part of the decrepit CALGM:
Dear Lucinda: That sounds great! Thanks for your words of support. Yesterday I finally heard from Archbishop Nienstedt. “He is not amused.” In fact, I no longer have permission to minister anywhere in the Archdiocese of St. Paul/Minneapolis. Abbot John is supportive of me, but wants me to avoid any more public talks. The amount of negative publicity has been over-whelming. These rightwing Catholics are a really vicious bunch of people. Anyway, in August I am free on August 7, 14, 15, 28, 29,& 30. I hope one of those dates works with Dale’s calendar. He and I have met briefly before, but it will be good to visit over dinner, and wonderful to be with you and Maura as well. THANKS for the invitation. Blessings!

Father Pierson is positively livid and has some choice words of his own to describe those who take issue with his habitude disobedience.

So far nothing has surprised me except for the vehemence of some very nasty “right wing nuts” as I like to call them. Very unchristian in their words. I am around all of October, though I do have commitments from October 4 to 7 and again on the weekend of October 19-21. Blessings!

Unfortunately, Collegeville is still what it is.  Moreover, they will not support the Archbishops' effort to defend marriage and seem more eager to thwart it and treat him with disrespect for simply doing his job.