Hollywood is a Nest of Vipers 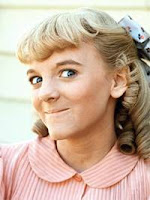 "It was a running joke in Hollywood for years that the Coreys were being passed around."

Edit: It's the tip of the iceberg, a Hollywood talent manager has been accused of molesting numerous children.

This is as good as any a time to renew calls for a return to moral objectivity and who else can provide that but the Catholic Church? It would be nice to see a return to the Church's influence on what is and isn't presentable. The entertainment media complex has sexualized children with impunity for years.

A few months ago, a famous child actor, Corey Feldman, pointed an accusing finger at the media complex. Now the former actor who played Molly Olson on television's Little House on the Prairie has added her voice to his, according to Lifesite.

What's been revealed lately is only the tip of the iceberg. Hollywood is a ship of vermin spreading moral contagion far and wide.

Incidentally, where are the usual victim's advocates? It may be supposed that sex-abuse attorney and change agent, Jeff "ACLU" Anderson had to speak out about the Sandusky accusations at Penn State, but he hasn't to our knowledge represented a single child actor or former child actor. It's interesting that with his access to the New York Times and the media that he's been silent about sexual predators in Hollywood. Is there a reason that Jeff Anderson, a nationally known attorney who's built his livelihood on sexual abuse claims against the Catholic Church, doesn't represent any child stars against predator Producers and the others like them that predominate in the entertainment industry?

Editor: Here's a piece by Tom Roeser which is concerned with the overhasty beatification of the late Pope. It's unfortunate that he refers to it as "pedophilia". Pedophilia among Catholic religious is extremely rare, even rarer than the event of homosexuals preying upon minors which is presently being used by the media and the forces which promote that, to destroy and discredit the Church. They're being successful too because too many people are eager and willing in their sanctimony and righteous anger, that they don't see the numbers.

If you want to be outraged about something. Stop going to Hollywood films, buying cheap, mass produced media culture and supporting these people. They've done more to corrupt and abuse children in a hundred years than the Church has or ever will in its entire history.

In the midst of another round of pedophilia scandals involving the U.S. Catholic Church…with the archdiocese of Philadelphia putting on leave 21 priests accused of sexual abuse of minors—and this following a blast to Philadelphia ecclesial authorities by a local grand jury which accused the hierarchy of allowing 37 deviate…the only proper word to apply to their behavior… clerics to remain around children despite “substantial evidence of abuse”—came a highly revelatory revelation that turned up in a discussion I had last week with Illinois Supreme Court Justice Anne Burke. Yes, she and I are often to be found on different pages of theology—but this, my friends, is not theology but moral conduct.

Posted by Tancred at 8:33 AM No comments: