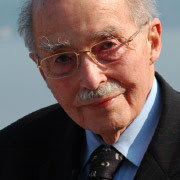 Death of An Imperial Pen Pal


by Charles Coulombe
[Takimag]The San Fernando Valley in the 1970s was a very dull place. Hot and dusty, filled with lackluster architectural construction thrown together during the postwar housing boom, it was the last place I wanted to be.

Back in those far-off days, the LA Archdiocese’s paper, The Tidings, ran a column by the Archduke Otto von Habsburg, son of Austria-Hungary’s last Emperor-King.

My family was historically minded, and my upbringing gave me a hatred of the French Revolution and a love of the Habsburgs, Bourbons, and Stuarts. In high school in the 1970s, I became a monarchist. In the LA Central Library lurked such volumes as The Purple or the Red, Kings Without Thrones, and Monarchs-in-Waiting. I resolved to write to the Archduke Otto concerning issues political and religious. Off my note went into the post.

Link to original, here...
Posted by Tancred at 8:59 AM No comments: