Edit: the following is part of an exchange where the heretical and disobedient pastor of St. Frances Cabrini church in Minneapolis insults his Archbishop and publishes their correspondence on his blog rather than address the liturgical abuses. Father Michael Tegeder has been reprimanded for having laymen give sermons before, invoking pagan gods or worshipping rocks, or lecturing the Archbishop on sexual abuse.

When Tegeder was at St. John's, he was pretty familiar with the "gay subculture" there. Did he know about the sexual abuse that's been all too frequent there too? From the City Pages article:

He shares stories, stories beyond those bag boys, those fag-beaters. He talks about the gay subculture he saw when he was a student at St. John's, shared between teachers and students alike. [Many of whom were preying on their oftentimes minor students.] He mentions that one of those students had to move to New York to find some acceptance, only to be murdered in a Manhattan bar by another man looking to beat some fags. [Or maybe it was a drug deal gone bad?]

Did Tegeder cover for Deacon Joseph Damiani when the two worked together at St. Kateri's as presiders over a pagan "Indian" ceremony? Damiani is currently suspended by the Archdiocese, and the lawsuit he filed against his nephews and their countersuit were settled out of court.

Here's Tegeder's blog entry.  We're going to post it before it disappears. How does he get away with this?

DOING SOMETHING RIGHT Early in my ministry I had a wise pastor who said that if you do not occasionally get some flak you probably are not doing something right. I occasionally take some flak, not that this necessarily means I am doing something right, but sometimes, as Jesus said to the young man who responded from his heart, I may not be too far from the reign of God.

This came to mind with the following letter that I received from our local Ordinary:

I am in receipt of a communication from a gentleman presently living in Texas, who was visiting his mother recently in Minneapolis and attended Mass at St. Francis [sic] Cabrini on the Feast of the Assumption with his son. He made the following observations:

1) The homily was provided by a lay person.

2) The content of the homily struck him as problematic. At one point the woman preacher said something to the effect that: "The centuries' old theological debates surrounding whether Mary was or was not assumed into heaven are not really important today."

4) The sacred vessels used were stoneware.

He added, "Sadly these deviations were extremely distracting. Normally the moment before communion is a very peaceful time. However, I felt that my rights as a Catholic as well as those of my son, were being violated. Given my state of mind, I refrained from receiving Our Lord. I received a blessing from the presiding priest who gave the following blessing: "You are the Body of Christ." I'm not sure this is an appropriate blessing or what message it is meant to impart--especially as a blessing tied to the reception of the Eucharist."

As is my policy, I write to ask you to respond to these concerns that the writer raises, seemingly in good faith.

With every good wish, I remain…

Here is my response:

I was not the presiding priest nor was I present on the said occasion. However, I take full responsibility for it, something all church leaders should consider doing. By the way, your public condemnation of Father ______ ______'s "crimes" was a good example of not taking responsibility. Your violation of respect for due process owed Father _______ was stunning.

Regarding the actual communication I would have to say that things must be pretty good in Texas if this poor soul was "extremely distracted" by the things that he relates. I would have referred this troubled Texan to the wise advice of Pope Francis who calls the church to stop obsessing about "small minded rules."

But what is most amazing to me is that with the concerns in the Archdiocese these days you would take the time to relay such concerns from a complete stranger. What did Jesus say about the splinter in your brother's eye?

As it turns out, the Sunday after I received this letter, the gospel reading was about handling differences in the church. Jesus says first of all go to the person and work it out. He says nothing about first reporting back to the local ordinary. If the man wants to discuss his issues please give him my address.

I do have a concern over his state of mind as I do for yours. Indeed, I do not see how you can continue in your position. It cannot be good for you. Even Cardinal Burke has apparently seen the light and is moving on.

I will continue to pray for you. 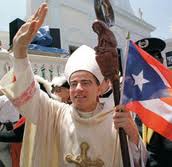 
Edit: the Archdiocese intends to continue preaching the truth about homosexuality, but it will apparently do that without the help of Father Tegeder, the long-haired Old Liberal priest from the parish of St. Francis Cabrini who continues to promote Sodomy. This from the Start Tribune:

“The Archdiocese of Saint Paul and Minneapolis will continue to build up this community according to our principles, including giving voice and unwavering defense to the unborn, the poor and forgotten, the abused and the lonely. And we will continue to work to strengthen marriage, and defend it against all forms of its weakening, for the good of all society. We can do nothing less than continue to propose and do our best to live out what we believe.”

Meanwhile, the Rev. Mike Tegeder, a frequent critic of Nienstedt, who serves as pastor at two Minneapolis churches, submitted an e-mailed letter to The Star Tribune on Wednesday calling for Nienstedt to vacate his post.

“As a priest of the Archdiocese I would ask our Archbishop, John Nienstedt, to prayerfully consider stepping down from his office,” the letter states. “It would be healing for our state and our church and would show some magnanimity on his part.”

Jim Accurso, a spokesman with the archdiocese, said Wednesday afternoon the archdiocese was not aware of the letter but would take a look at it and possibly respond to it.
Source... H/t: Tom. 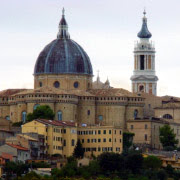 Resistance to Instruction On the Way: Archbishop Nichols Looking for Loopholes

The problem is real: one must keep the Diocesan Seminarians in the dark about the Old Mass.  Otherwise, they won't be fobbed off with the desacralized ceremonies of the Novus Ordo.


(kreuz.net, London) The Old Liberal Archbishop Vincent Nichols of Westminster in London has expressed his opposition to the instruction 'Universae Ecclesia' over the management of the Old Mass. This was according to the British weekly magazine, 'Catholic Weekly'.

The fear is understandable

Msgr Nichols commented about the demand made by the Instruction, where Seminarians must be instructed with the Old Mass.

The Archbishop stoled a march on the wishy-washy formulation of the Instruction, which identified, the bloviation of "pastoral considerations"

21. Ordinaries are asked to offer their clergy the possibility of acquiring adequate preparation for celebrations in the forma extraordinaria. This applies also to Seminaries, where future priests should be given proper formation, including study of Latin8 and, where pastoral needs suggest it, the opportunity to learn the forma extraordinaria of the Roman Rite.

From this he concluded that the expressions concerning this instruction are "provisional" and "not absolute".

His conclusion: "Personally I don't beleive that the already full seminary programme should be added to."

It follows a notion that there is the possibility to learn the Old Mass later in the priestly life.

The Archbishop's fear of the Old Mass is understandable.

In the Seminaries there is a dangerous concurrence that the banal rites of the Novus Ordo will suffer from.

Why doesn't the Vatican Speak Clearly?

Number 21 of the Instruction about the Old Mass is more precisely formulated in the Latin than it is in the English version.

The Latin original original text orders the Bishops with the adverb 'enixe" -- or seriously, to educate their seminarians in the Old Rite.

This Adverb in the English or German translation is simply omitted.

Is there a Need?

Msgr Nichols mentioned moreover, that the Archdiocese of Westminster have asked their priests if they want to learn the Old Mass.

"Many" would have announced themselves.

That's how he has discovered the "need" for the Old Mass in his Archdiocese.