Hungary's Prime Minister: "If the Church Were Stronger, The Nation Would be Much Stronger"


The Hungarian Prime Minister is a lighthouse in a circle of unscrupulous political criminals, who want to impose their absurd Democracy.

(kreuz.net)The Hungarian Constitution asserts that the foundation of all life has its origins in the family.

That's why homosexual unions are not protected by the same rights as families.

It forbids homosexuals to adopt children.

Viktor Orbán (48)anounced this at the end of January in an interview with journalist and musician Jan Pospieszalski (57) in a broadcast for ‘Blizej’ on Polish state television.
Orbán is evangelical reformed and the father of five children.

As a younger politician he belonged to the opposition against dehumanizing Communism.

The interview discussed above all the giant majority of the new Constitution of Hungary. It is a milestone of progress.

That is the reason why it was bitterly fought against by obscurantist left circles.


The Hungarian Constitution declares that human life must be protected from the beginning.

With that it struck the barbarism of abortion down.

Orbán stressed that the defense of human life isn't merely valid for Hungary, but concerns all of Europe.

No Money for the Violence of Abortion


Orbán will be distorted by a left-obscurantist discussion.

These despisers of people are angered that the Hungarian Government are distributing the EU-payments to the promotion of adoption instead of abortion.

One inhuman individual attacked Orbán even in the EU-Parliament.

In his answer Orbán insisted that life is still widely "not respected".

That is -- according to Orbán -- a relic of the Communist regime, which hold people and life in contempt.

He continued: "If we had a strong Church, then the nation would be much stronger."

And: "I in the process of attempting an alliance with politicians, for whom Christendom and traditional values are important."

That is a great power for me


Orbán also stressed that prayer has a long tradition in Central Europe:

"For me this tradition has great significance."

Before difficult undertakings people would pray for him: "That is a great power and help for me."

"I would like to thank you for this talk and wish God's blessing on every single citizen of the Polish nation."

Here's the Interview in German, unfortunately, where he also thanks Poland for its demonstrations on behalf of Hungary:
Posted by Tancred at 10:18 PM 3 comments: 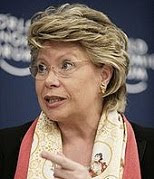 Whoever wishes can learn more about resisting the forced recognition of same sex "marriage" by the EU, here. It has English and German.
Posted by Tancred at 12:38 AM No comments: