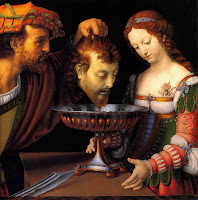 Editor: don't say we didn't tell you so. Condom use = Opus Dei

Condom Use Is Moral?

Now an Opus Dei priest has weighed in on the condom controversy, arguing in a lengthy OSV article that condom use, while it may have a prophylactic effect, can be a lessening of the evil of an intrinsically disordered act.

But this priest goes much farther than that, and his conclusions are quite disturbing.

There are several sections which attempt to summarize this thought, but here's as close to a money quote as the article's diffuse, poorly articulated reasoning presents:
Granted that immoral sexual behavior should be avoided altogether, in my view the point rightly made by the Holy Father is that when someone who is already performing immoral acts uses a condom, he or she does not properly choose a lesser evil, but simply tries to prevent an evil — the evil of infection. From the sinner’s point of view this obviously means to choose some good: health. Yet, provided we consider the immoral activities (for example, prostitution) to be intrinsically evil, using a condom to prevent infection means to reduce the evilness and moral disorder of this activity.

Read further, here.fff
Posted by Tancred at 1:24 AM No comments:

That was to be expected: An Austrian Opus Dei Bishop elongate the Pope's statement about condoms with the help of a rape example indirectly to marriage.

(kreuz.net, Sankt Pölten) "The expression of the Pope means no change to the teaching of the Church."

This was according to the Condom-Bishop of Saint Pölten, Msgr Klaus Küng, in an interview with the German newspaper 'Tagespost'.

Bishop Küng expressed himself on the most recent scandal revelation of the Pope about the condom.

For that reason he attempted to make things look as if Benedict XVI. supposedly had spoken against the fight against the sexually transmitted disease AIDS.

At the same time he explained that one that one has the experience world wide that the fight against AIDS is especially successful if people change their behavior:

"Where the fight against AIDS is only aimed at distributing condoms, only intensifies the spread of the disease."

That is proven -- the Bishop argues correctly.

There are people, who as far as the expectation of responsibility, to honorable truth and abstemiousness are "absolutely not amenable".

In the mileu of drugs or prostitutes there is no situation, where it is supposedly better, to a supposed "avoidance of infection by using a condom".

That is no relativism of the Encyclical 'Humanae Vitae' (1968).

It is "exclusively for the avoidance of infection".

Truthfully the Bishop had only to have spoken of a mere reluctance of infection.

Something Bad is never Responsible

At the same time Msgr Küng values it as "new that the Pope has held the use of condoms in these cases as a first step toward the discernment of responsibility."

This fatal rejection of every moral teaching alters -- according to the Bishop -- supposedly nothing, that the "object" always consists "in changing false behavioral pattern".

The expression of the Pope's -- which has led to incredible confusion worldwide  -- is for Msgr Küng a contribution "to a necessary clarification."

Msgr Küng remembers then that he himself some months ago "in a similar way" had defended the prophylactic for male sexual organs:

"Still another time: It doesn't come down to changing the teaching of the Church, rather for an important differentiation."

"On the other hand I have maintained that it is -- according to the same Church teaching-- possibly allowed to gives condoms to people, who are not prepared, to listen to the teaching of the Church, for example people who are dependent on drugs."

Then the Bishop rumages for a notable example:

"When for example a man suffering from AIDS is in a way is understandable and a non-correspondence  of his employment of force after he attracted, could his wife in such a situation justifiably suggest that a condom is used, because it means an avoidance of the danger of infection."

That is in any case not in contradiction to "Humanae Vitae" -- explained the Bishop:  "In such situations it is not contraception which is the goal of the use of the condom, rather the protection from infection."

That's right, but it has nothing with sexual morality, rather it only has to do with self-defense.

In contrast, the Pope explained that the use of condoms  could be "a first step to a moralization".

With that he maintains that through the purchase and use of condoms, he might become a better man.

The Pope Talks About Duty and the Good, Everyone Else is Fixated Upon Condoms

The past few days have reinforced our notion, oft repeated, that the world envisioned by Augustus Comte has come to pass, and that information has been compressed and distorted by the various media, which transmit the findings of the new priest-class to the masses, and they respond predictably.  Some people have even implicated the Holy Father in this game, much as they did at Regensburg when he was accused of causing world-wide riots after he quoted a Byzantine Emperor's statement about Islam being a religion of "violence".


One of the German blogs made the following citation, and it verily touches on the media contortion of past few days, and as with his Regesburg speech, it was twisted, misinterpreted and projected upon by various malcontents, ne'er-do-wells and perhaps a few decent people who were struck by the way the media handled this.  Many people, too many people, have more faith in the infallibility of the media than they do the Pope, but I should hope that we here at least would give His Holiness more than the benefit of the doubt:

It translates into: The very fixation on the condom means a banalization of sexuality [...]
Pope Benedict XVI in "Licht der Welt"

Pope Does Not "Ok" Condoms: Media is Mother of Lies

Accuracy from NPR or the National News Media, you ask?  Should we be surprised when they tell the big lie?  We'll leave that for your own speculation and wonderment.  At least one journalist, formerly from L'Osservatore Romano has her head screwed on straight.

So, to clarify, he’s not endorsing condoms. He’s saying that it could be the first step of a particular individual to realize that their action is wrong. His example of a male prostitute is very particular. The Church doesn’t believe that male prostitution is a good thing; so it’s not going to endorse anything that would facilitate the behavior even if it’s ostensibly with the good intention of protecting one’s self or another. That good intention doesn’t change the nature of the behavior itself.

This is really a continuation of the media blitz against him outlined and described in Vaticanists' Tornielli and Rodari, "Attack on Ratzinger".
Posted by Tancred at 3:44 PM No comments: