(Milan) Pope Francis was not awarded this year with the Nobel Peace Prize. Otherwise, "can the distinctions in the various juries and the variety of merits for Jorge Mario Bergoglio not count," said Sandro Magister of Vaticanist.
Last year, the Argentine was Pope from Time magazine has named "Man of the Year". Doubtful was the same award from leading gay-Journal The Advocate .
Few know, for example, that Pope Francis since last spring is an Honorary Member of the Società Amici del Pensiero - Sigmund Freud  (SAP).
The "Society of Friends of Thought - Sigmund Freud" was founded by Milan Psychoanalyst Giacomo Contri, who is also President of the company. Contri was known primarily as a translator and editor of the works of Jacques Lacan and Sigmund Freud into Italian.
Contri is Catholic and maintains contacts with that Roman circle of Communion and Liberation (CL) introduced in  2012  in the monthly magazine 30Days which had close contacts already with  Archbishop Cardinal Bergoglio of Buenos Aires and today is one of the most ardent supporters of the reigning Pope.
"The Gnostic threat returns to reduce the historical and transform the real person of Christ by means to a banalizing operation of a universal principle," Contri said in an interview that he gave to Stefania Falasca  in 1992 for 30Days, that "friend" whom  Pope Francis called on the telephone upon  the evening of his election as pope.
In another interview for the same magazine, Contri diagnosed the health of the Church in 2001: "It is all a matter of thinking and thus  competence. If there is something missing in the Church of Christ, then it is thinking of Christ." 30Days  also has a German edition. in edition to other langugaes. In a past issue of 5/2012, the magazine also printed a statement by Cardinal Bergoglio.
At the end of March Pope Francis was awarded the title "Friend of Sigmund Freud" an  honorary membership of the SAP.The eulogy  was held Giacomo Contri. The ceremony took place in the absence of the Pope. The  Catholic Church leader has been informed in advance, said the SAP chairman and the Pope was given the opportunity to decline the honor. Because there was no response from  Rome, this was taken from the SAP as tacit consent. How, then, that sits with the Pope  and whether he knows about it, is left undecided. The ceremony and eulogy were at any rate, published by SAP on the Internet. Here is the speech in full.

I bring Pope Francis the title of a member "honoris causa" of the "Società Amici del Pensiero - Sigmund Freud" (SAP).

The basis for this is what I find in a recent interview 1 :
"I do not like the ideological interpretations of a certain Pope Francis myth. If one says, for example, he'll go at night from the Vatican to bring food to the homeless in the Via Ottaviano. It's never crossed my mind. Sigmund Freud once said, if I'm not mistaken, that there is also a hidden aggression in any idealization. To draw the Pope as a kind of superman, who is a kind of star seems offensive to me. The Pope is a man who laughs, cries, sleeps quietly and has friends like everyone. A normal human being. "
Many years ago I was planning one of the books that I have never written. It bore the title: "Freud and Lacan in the Rome of the Popes".
Today, I will come back from the surprising fact that the now reigning Pope Francis, has properly quoted Freud without reservation and  no other. An opportunity for me to repeat my earlier quip: "If Jesus sits at the right hand of the Father, Freud sits on his left."

My observation is correct, because they are the only ones in history who spoke positively of the Father: the Second also talked about the terrible version that was called by Lacan later "père-version".
I was thus helped to remain Catholic, without the historical religious and theological overhang that was missing from Jesus.
The Pope has acted as a member of the SAP,  in which he has expressed his thoughts and Freud is the basis for this.
NB: Even Jesus is "a normal person".
Gicomo Contri
President
Società Amici del Pensiero - Sigmund Freud : 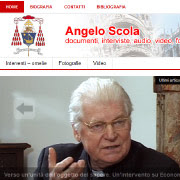 Naturally all questions fall under the seal of papal secrecy. In other words: everyone knows everything. 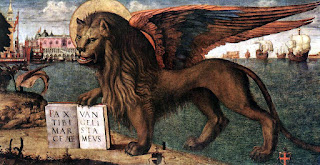 (kreuz.net)The Patriarch of Venice, Angelo Cardinal Scola (69) and the prefect of the pointless Pontifical Council for Culture, Gianfranco Cardinal Ravasi (68)are the front leading candidates for the Archdiocese of Milan.

The Milan paper 'Il Giorno' reported this on Saturday.

With 4.9 Million Catholics Milan is one of the largest Diocese in the world.

As of March 2009 his age of retirement arrived, and Benedict XVI lengthened his mandate for two more years.

But 'Il Giorno' points out that the appointment of his successor is imminent.

In the beginning of March the Nuncio of Italy sent a letter to all Diocesan Bishops of Lombardy, Auxiliary Bishops of Milan, the Presidents of the regional Bishops Conferences and all Italian Cardinals and even lay representatives of the nation.

Among the lay representatives are members of the left leaning 'Catholic Action' and the neo-Conservative movement 'Communion and Liberation'.

They were all asked to recommend candidates for Milan.

From the applied names the Nuncio produced a list of three which was put to the Vatican Congregation of Bishops.

The prefect of the Bishops Congregation, Marc Cardinal Ouellet, compiled a definitive list of three which is sent to the Pope.

Then finally he makes a decision completely independently.

Actually the consultation till now has proceeded under the so-called "papal secret".

But that doesn't mean anything.

Because 'Il Gioarnno' knows the names which are on the list of three: Cardinal Gianfranco Ravasi, Cardinal Angelo Scola and Bishop Gianni Ambrosio (67) of Piacenza-Bobbio.

Cardinal ravasi and Cardinal Scola were ordained in Milan as priests.

Original, translated from kreuz.net...
Posted by Tancred at 10:49 PM No comments:

The Priest Makes His Strength from Friendship with Christ

Benedict XVI to the Priestly Society "St. Charles Borromeo":  Jesus wanted a priesthood for maintaining the life of the Church.

Rome (kath.net/as) The importance of the priesthood in the life of the Church and the world is in the middle of the language, with which Pope Beenedict XVI addressed the priests and seminarians of the Missionary Society of St. Charles Borromeo this Saturday on the occasion of their twenty fifth anniversary.

Benedict XVI recalled his long friendship with Don Luigi Giussiani, the founder of the movement, "Communion et Liberation" from whose charisma helped establish the priestly society through the work of Massimo Camisacascas.  The Society testifies to the fruitfulness of Don Giussiani's initiative of charisma.

The priesthood needs constant renewal, in which it finds in the life of Jesus the natural form of its existence, says the Pope, who exclaimed: "The Christian priesthood is not an end in itself".  Much more, it is deliberated through Jesus for the sustainability and the life of the Church.

The glory and joy of the priesthood consists in serving Christ and His mystical body.  it is a "very beautiful and rare calling in the Church" in which the presence of Christ is the participation in  the particular and eternal priesthood of Christ.  The priestly calling "is a sure sign for the reality and the vitality of the Christian society."

"There can be no true and fruitful growth in the Church without true priestly presence which bears and nourishes it", says Benedict XVI, further, that the importance of contemplation and the prayer must be stressed there as a "dialog with the risen Lord".

The Pope undescored the "value of  common life", that isn't just an answer to the urgency of the moment like the priest shortage.  The theological signficance of the community, explained Benedict XVI., as the "expression of Christ's gift, which is the Church".  The communal life is formed by the Apostolic community, which comes from the priest: "no priest, to wit, gives something that is his, rather he allows the other brothers to participate in a sacramental gift that comes directly from Christ."

The communal life brings such a help to expression, "Christ in our midst".  Living together means the necessity to accept its own existing return and above all to recognize the beauty of this path, "the joy of humility, penance and even of talking together, the encounter of forgiveness and support."

"A real community life is not possible without prayer", says Benedict in conclusion. It is necessary to be with Jesus, in order to come to another being:  " That is the heart of mission.  In the society of Christ and the brother, every priest can find the power that is necessary, to accept the other person, with those ever more new words from the love to learn the eternal truths of the faith, for which our present age thirsts."

Read further...
Posted by Tancred at 3:55 PM No comments: