Cardinal Malcolm Ranjith welcomes the planned reintroduction of the death penalty for drug traffickers in Sri Lanka, according to a report by UCANEWS

Edit: sometimes I support rational conservative positions on both key pro-life issues, which just goes to show that your political orientation means something.

Sometimes it seems that you have to go to the margins, like Siberia, to find actual Catholic clergy.

Trans: Tancred vekron99@hotmail.com
AMDG
Posted by Tancred at 9:41 AM 8 comments: 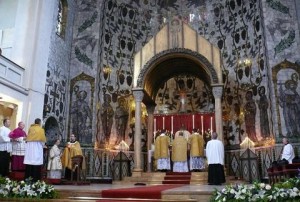