Edit: theses kinds of people have a lot in common morally, profeasionally and socially with Prelates like Bernardin, Weakland, Daneels. It’s high time people start noticing. Of course OXFAM is chock full of Marxists and fellow travelers.
NEW YORK, February 23 (C-Fam) Longtime UN consultant for children’s rights Peter Newell was convicted of sexually assaulting and sodomizing a child over the course of three years beginning in 1965. He was jailed last week and is serving a six-year sentence after pleading guilty.
Just as UNICEF is trying to contain the damage, its deputy executive director, Justin Forsyth, resigned yesterday when his history of sexual harassment came to light. The allegations were lodged during his previous role as chairman of the charity Save the Children UK. Forsyth previously worked at Oxfam for 15 years, the scandal-plagued charity which was caught opening brothels for aid workers in Haiti after the country’s devastating 2010 earthquake.
UNICEF told the Daily Mail they were “deeply shocked” when Newell was first charged in 2016. The 77-year-old man was known as an authority on children’s rights around the world. He led international efforts to emancipate children from parental authority and outlaw corporal punishment.
https://c-fam.org/friday_fax/unicef-consultant-sexually-assaulted-boy-years/
AMDG
Posted by Tancred at 6:57 AM 1 comment:

Edit: when he's not offending Christ by praising the heretic Martin Luther, this man is betraying his country, canvassing more for the good of his own political power and support for his charity boondoggles, than he is for the spiritual good of his flock.. He has the same ideological alignment as the Pope, Cardinal Schönborn, Cardinal Marx...

[Catholic Spirit] Trump [That's God Emperor to you.] signed an executive order called “Protecting the Nation from Foreign Terrorist Entry in to the United States” Jan. 27. It included a ban on immigrants from Yemen, Iraq, Libya, Somalia, Syria, Iran and Sudan due to perceived security threats by the U.S. government.
Archbishop Hebda joined 11 other Christian, Jewish and Muslim faith leaders at the Jan. 30 press conference to call for lifting the ban. Speaking at Hennepin Avenue United Methodist Church in Minneapolis, the leaders said that God calls all nations to welcome refugees and immigrants.
https://youtu.be/dqnZEw7jLU0

They don't read St. Thomas Aquinas any more.
AMDG
Posted by Tancred at 10:19 AM 2 comments: 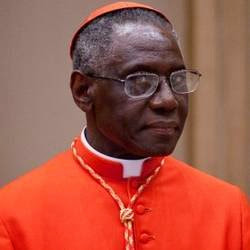 (Trieste) Cardinal Robert Sarah raises the alarm. Among the believers a "creeping apostasy" is in progress. The wake up call comes from the president of the Pontifical Council Cor Unum, at a meeting of European Bishops' Conferences COMECE in Trieste.

"Even among the baptized and the disciples of Christ, there is now a sort of creeping apostasty', a rejection of God and the Christian faith in politics, in business, in the ethical and moral realm and in the post-modern Western culture." These words were submitted by Cardinal Robert Sarah, president of the Pontifical Council Cor Unum, who spoke on Tuesday at a meeting of the Commission of the Bishops' Conferences of the European Community in Trieste on charity.

"We involuntarily breathe in fully teachings, which are against the people, and produce a new politics, which has an effect of erosion, obliteration, destruction and serious aggression, slowly but constant, especially on the person, his life, his family, his work and interpersonal relationships. We do not even have the time to live, love and worship. This is an extraordinary challenge for the Church and the ministry of charity. The Church also speaks out against the various forms of suffering, of which the victims is man," said the cardinal.

"A humanism without God coupled with a heightened subjectivity, which are ideologies that are now promoted by the media and extremely influential and financially powerful groups, who hide behind the guise of international aid and even operate in the Church and in our charitable organizations" said the Cardinal.

For the Church, says the President of Cor Unum, "the Christian values ​​that guide it, and the identity of charitable Church activity are not negotiable. Any ideology that is contrary to the divine teaching is rejected, any economic or cultural support, which is linked to ideological constraints which contradicts the Christian image of humanity is to be rejected," said the cardinal, with a view to international organizations like the United Nations and specialized agencies in the International Monetary Fund, but also the EU, individual government and government-related humanitarian organizations.

Last June, another Cardinal, Raymond Leo Burke, already held a remarkable speech in which he touched on the dictatorship of relativism and its encroachment, and even criticized organizations within the Catholic Church . 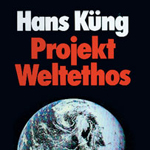