Edit: it's interesting to note how some prelates like Msgr. Pates, camouflage themselves by perfunctory attention to social issues from a Catholic point of view, and spend the rest of their time pushing an overriding modernist agenda.  For example, few people know that Archbishop John Ireland was such a bishop since many of his public acts were irreproachable and even laudatory, but he was an Americanist and even contemplated a schism in the late 19th century.

[Des Moines Register] Des Moines' Catholic bishop is joining with Iowa lawmakers who are pushing to make medical marijuana legal in the state.

Bishop Richard Pates, the influential leader of 100,000 Roman Catholics in southwest Iowa, has asked House and Senate members to approve a comprehensive bill to permit medical cannabis. The Iowa Legislature is in an intense debate over medical marijuana legislation as the final days of the 2016 session wind down.

"I believe now is the time to help suffering Iowans and their families get access to this medicine," Pates said in a letter dated late last week.​

Story from Des Moines Register...
Photo from Spirit Daily...
AMDG
Posted by Tancred at 9:10 AM 7 comments:

(Paris) France's new ambassador to the Holy See is Philippe Zeller. The appointment was preceded by a lengthy tug of war. Early in 2015 the professing homosexual career diplomat Laurent Stefanini had been appointed by the Socialist government in Paris. This was widely perceived as an open provocation against the Catholic Church and a propaganda campaign for normalizing aberrosexuality.
The Vatican Secretariat of State rejected Stefanini because of his sexual disorder, although the Archbishop of Paris Cardinal André Vingt-Trois, had supported appointment.
Already in 2007, the designated appointment, Frank Eich Kuhn-Delforge had been rejected by the Vatican for his depraved way of life as an ambassador.
In April 2015 , Pope Francis the rejected seeing Stefanini in audience, however, reiterated the no to his accreditation. It is not quite clear whether the rejection was made ​​because of his homosexuality, or because the French government tried to coerce the Vatican ideologically with his person.  Officially, the Vatican never commented on the issue.
Shortly after, France demonstratively confirmed Stefaninis as ambassador to the Holy See. Since the Vatican refused accreditation, Stefanini remained an ambassador without portfolio, as France had to be represented in Rome by an executive diplomat.
Observers have assumed that French President François Hollande would not back down  for reasons of prestige, and the question could be thus be held off until after the presidential election in 2017.
After one year, there has been a turning point. After 18 months of vacancy, the government in Paris has dispensed Stefaninis' appointment as various French media has unanimously reported.  The new  Ambassador to the Holy See is to be the career diplomat Philippe Zeller, who is currently Ambassador of France in Canada.
Zeller, born in 1952, is one of the graduating class "Pierre Mendès France" (1978) of the Ecole Nationale d'Aministration (ENA), which forms the cadre of the French civil service. In the same year he entered the service of the Foreign Ministry. In 2010 he was made ​​an Officer of the Legion of Honor.
Philippe Zeller is married, father of two children and grandfather.
Text: Giuseppe Nardi
Image: La Croix (Screenshot)
Trans: Tancred vekron99@hotmail.com
Link to Katholisches...
AMDG
Print Article
Posted by Tancred at 10:46 AM 4 comments:

Edit:  the video appeared just as soon as we posted our query.   Sure, it isn't as bad as the others, but the supernatural component of the family is almost completely absent in this rather sociological treatment.

What about the threats against the family posed by planned parenthood, the entertainment industry and the homo-lobby?  The suggestion, we suppose, is that families can only be helped by more government intervention.

We humbly suggest that families can only be helped today by restoring the traditions of our grandfathers.

Can. 1210 In a sacred place only those things are to be permitted which serve to exercise or promote worship, piety and religion. Anything out of harmony with the holiness of the place is forbidden. The Ordinary may however, for individual cases, permit other uses, provided they are not contrary to the sacred character of the place.

Edit: we've been told this is the fourth year this event has been going.  It's strange no one's noticed and complained.  What's wrong with these people?  This event involves some serious defacement of the Cathedral portal, where an enormous ice ramp is constructed to serve as a conveyance for ice skaters to race down the lengthy track for competitive and amateur skaters alike.  If that doesn't make things bad enough, the event is  hosted by Red Bull, a company that sells a noxious, heavily caffeinated and probably toxic beverage that's now popular.  This all takes place during Lent, no less, and "they're blocking Pope Jorge's portal of mercy,"  one reader asks, "how are people supposed to get the indulgence?"

This is what makes it hard to understand how a local ordinary with the Catholic faith would tolerate his cathedral being used to launch skaters down a ramp, but we're no stranger to that kind of dereliction of duty in Minnesota, either.  Well, if you can't produce saints, you can at least make a lot of money?

This Archdiocese also hosts events like this at the the Basilica of St. Mary's in Minneapolis, where degenerate music acts perform on the parish grounds, and abortion and sodomarriage supporting sponsors use the church to earn money. It may be an event that's fun for the family, but in addition to its sacrilegious nature, supports the destruction of family.  Did someone take the two minutes or so to do a web search and find out if there were any conflicts between Red Bull and the Catholic Church before signing on?

Naturally, Red Bull is an evil, Godless corporation that supports the immoral and unnatural depravity of aberromarriage.

There's even an idiotic Deacon participating.  Apparently, he has no idea what he's doing or has no idea in what religion he belongs, and another priest skates haplessly along. The photos are from the Catholic Spirit.  The Coadjutor Bishop looks on.  Apparently, he doesn't see a conflict of interest, either.
Or this alter christus, here:

Saint Paul, Minnesota, has been a fixture on the calendar of the fastest sport on skates for the past five seasons, but in 2016 it will host the thrilling season finale for the first time.
The Minnesota event is contested on a track of around 1,600 feet in length with a drop of 12 stories in front of the Cathedral of Saint Paul. It draws in excess of 120,000 wild fans, so expect high stakes and big drama as the riders fight it out for the championship title.

Follow the top Red Bull Crashed Ice competitors as they prepare for the season finale in Saint Paul in the six-episode video series "4 Below Zero." 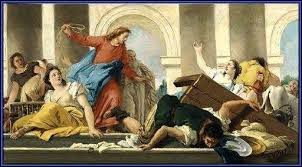 Edit: it looks like aberromarriage is going to become legitimate under Italian law soon, thanks to the complicity of the Pope.

(Rome) Vladimir Palko has documented the decline of Western Christian Democracy in his book, "The Lions Come Why Europe and America are heading for a new tyranny."  In Italy a new chapter has been written in this book. It  even documents more.

HERE YOU CAN ADVERTISE »
The Italian Parliament has been discussing heatedly for a month the bill legalizing "gay marriage" and adoption rights for homosexuals. The bill bears the name of its originator Monica Cirinnà, a left democratic senator. On January 30 for Family Day, two million Italians met in Rome met at the Circus Maximus  The resistance is supported mainly by the Catholic families who see in the draft an attack on the family, children and the natural basis of the state.
The support of the Catholic Church has clearly fallen short. A part of the episcopate, led by Cardinal Angelo Bagnasco, archbishop of Genoa and president of the Italian Episcopal Conference, stood firmly on the side of the Family Day . The Secretary-General of the same Episcopal Conference, Bishop Nunzio Galatino, however, tried to prevent this and even distanced himself from Cardinal Bagnasco.
Read more »
Posted by Tancred at 11:54 PM 2 comments:

Edit: Cardinal Dolan is a little too eager to win acceptance for an unholy manner of life.
Recently, the Cardinal was caught covering for one of his fellows, and being cavalier about the faithful laitys' complaints against a reprobate priest who was apparently thieving from church funds to pay for debauchery and wickedness for about a decade.
Complaints by the laity are finally being heard and it looks like the Archdiocese, if not Dolan himself, is being blackmailed by the priest in question, because he witness a child being sexually abused. There's a lot more to this.
As ChurchMilitant observes, Dolan is more than eager to fire and reprimand those who are either traditional, or concerned about what's going on in his diocese.
Clearly, he should resign.
His support for gender ideology is reaching the international press:
Pope Francis says the issue of gay marriage should be studied and not dismissed out-of-hand, a senior Roman Catholic cardinal has revealed.
Cardinal Timothy Dolan, the outspoken archbishop of New York, said Pope Francis had told him: “Rather than quickly condemn them, let's just ask the questions as to why that has appealed to certain people."
Archbishop Dolan stressed that the Pope had not shifted the Catholic Church’s position on same-sex unions.

Aberrosexuals Are Furious With This Pope

Edit: despite efforts to make them happy, and to protect them from their lesser selves, the Church can never satisfy such malevolent souls as represent this lobby at one of their chief propaganda organs, Pink News:

“It would be desirable that diocesan pastoral projects reserve a specific attention to the accompanying of families with persons of homosexual tendencies, and of the persons themselves.”

Despite a recent PR blitz attempting to bolster his gay-friendly image, the Pope is yet to lift any of the actively homophobic and transphobic policies of his predecessors.

He has also rallied against same-sex marriage, inviting representatives from listed hate groups to a ‘traditional marriage’ conference last year, and recently urged Slovakians to vote against equal marriage.