Dreher Supports Fake Conservative Jew Candidate in French Elections — Is Shea a She?

Edit: I always love to read TP. One thing he missed, however, is that the soy filled Dreher is supporting the Jewish spoiler candidate who is running against Le Pen just like that black fraud Alan Keyes who ran against Pat Buchanan in 1992 when he looked poised to run George Bush out of D.C..

Some conservacucks are cuckier than others and I think Skojec has Dreher beat in terms of low-t.

Speaking of Low-t. Mark Shea’s net worth is allegedly at 1-5 million. Is that true that the fake conservative Shea who has for a long time  openly campaigned for leftist agendas and political causes, has made so much money tap dancing for Catholic pewsitters?  And the wiki article uses the pronoun “she” to describe Shea. We always knew Shea ate a lot of soy, but is SHE transitioning? 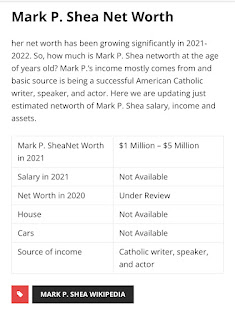 [American Remnant] Rod Dreher is singing the praises of Eric Zemmour’s announcement of his candidacy to be president of France. Understandably so. It is a powerful, moving speech. It is so powerful, in fact, thatYouTube has “age restricted” it. We can’t have the kids listening to Zemmour without a warning!

In any case, Dreher also composed his own version and asked readers to imagine the impact that would have here. It is a good speech; Dreher is a talented writer. Dreher also likens Zemmour, as others have, to Tucker Carlson. Well enough.

Yeah, you really can’t make that stuff up.

"Yeah, you really can’t make that stuff up"
Not really, Tancred; your blog does it all the time.

Keyes ran aganist Buchanan in 96 not 92