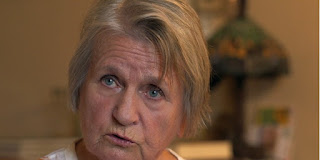 A handicapped pensioner was taken away by the police in St. Stephen's Cathedral on May 17 - the Archdiocese of Vienna did not comment on the incident

Vienna (kath.net) There was an incident in the Archdiocese of Vienna in May in view of the Corona epidemic, which has now become known in the media via "" initiative-corona.info According to the report, in the largely empty cathedral and at a great distance from others, the woman had refused to wear a Covid mask, "because I want to pray to my Heavenly Father without a mask, there is a right to freedom of religion." When a cathedral supervisor called the police, the police led her out of the church. Gisela R. comments: “Jesus Christ is the Lord of the Church, what is the police doing here, it is like Communism!”

The woman was then taken away by the police via Stephansplatz and taken into custody. Gisela R. told the police that she felt humiliated by the mask because it shows that one is the other's enemy and that many people must now die alone. According to the report, the police are considering her being admitted to the psychiatric ward, and it is only after almost 4 hours of police custody that the official doctor finally released her. She later received a criminal fine of EUR 120 for “disturbing the religious peace”. Gisela R. is appealing "because she is not a dog who needs a mask". and because for medical reasons she was not allowed to wear a mask after a pulmonary embolism. A few days later, three policemen visited her at home to question her again. She was quoted and later questioned at the police station. “I am a free citizen who insists on her human rights and does not have to follow dictatorial laws. Politics overrides the law here, ” says Gisela R. “But there are no longer any laws, now Corona is the law.”

kath.net asked the Archdiocese of Vienna for an opinion last week, but has unfortunately received no answers to the incident to date!

This is so sad! What have we become, monsters.

A woman after my own heart! I hope I should show the same courage if the circumstance arose.

Wait until Cardinal Fruitcake Le' Sissy gets slammed in the chest with a Pulmonary Embolism.
He will find out that it is not a picnic. And yes, you can have breathing issues after it, that a mask could aggravate. IF you survive the 50% mortality rate.

Novus Ordo land is not peaceful nor Catholic.
-Andrew

Be this woman! The muzzle is but a mind control device. Mark of the Beast! I will take a hard pass. If you cannot stand up against this minor ask attack, how will you stand against someone more! RESIST! DEFY! Your holy religion demands it!

Horrible and disgraceful incident perpetrated by the church of mercy. Two points Holy Mass has been transformed into the worship of the Corona virus. Clergy acolytes and laity must show fealty and belief in the virus saga by wearing a mask in church. Many prayers
are directed to the virus pleading for mercy. The Blessed Sacrament has been transformed by the novus ordo hierarchy into a vector of disease. This is satanic. Point two the police have become despicable in their enforcement of the hoax virus. These overpaid clowns in Europe and North America have been at best ineffective in protecting people from violent criminals for decades often too cops are corrupt and in cahoots with sex traffickers and drug pushers. The actions of police during the covid hoax for example arresting pastors and church goers are in the tradition of the police who arrested Our Lord in the garden of Gethsamani.