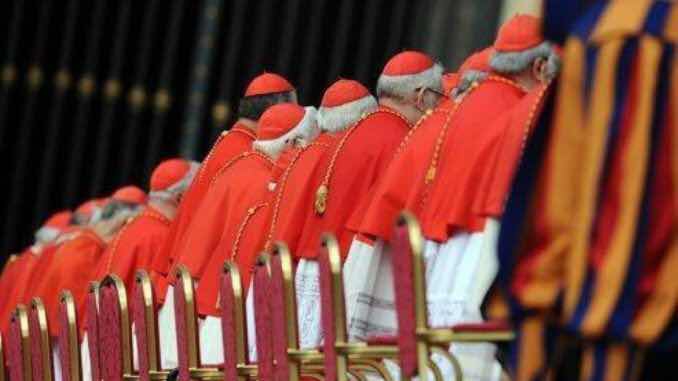 (Rome) Pope Francis will create fourteen new cardinals on June 29th. Eleven of them will have the right to participate in a conclave. A not insignificant personnel shuffle could further strengthen Francis' position at the Curia
Among the future wearers of the purple is also Curial Archbishop Giovanni Angelo Becciu, commonly called Angelo Becciu. Attention has been focused on him since Sunday. All substitutes of the Vatican Secretariat of State since 1833 became cardinals, but none as a substitute. 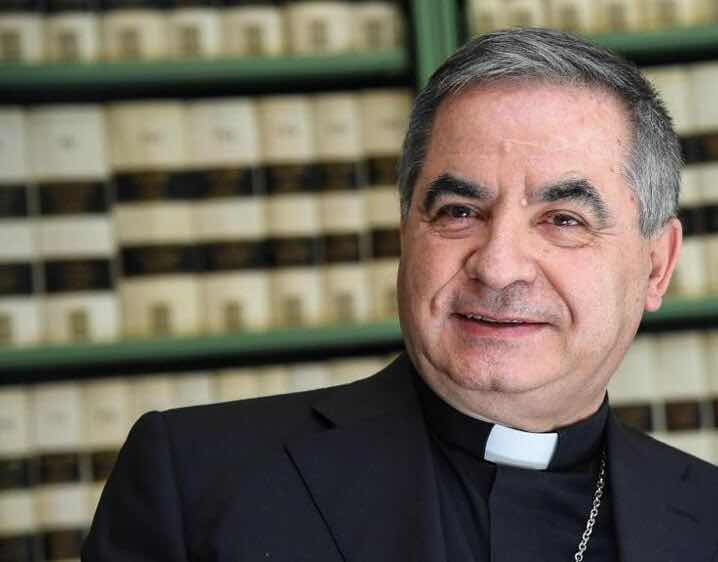 Future Cardinal Angelo Becciu
The assumptions are therefore based on a new task for the future Cardinal Becciu, especially since the relationship with Cardinal Secretary Parolin is not the best. Nonetheless, the order - first cardinal creation, then rearrangement - is unusual, and a promotion of the neo-cardinal still does not remain as a foregone conclusion. However, such a situation. increases in probability.
It is certain that the new office must be of rank and prestige. A purely decorative dignity, as Pope Francis assigned to the unpopular US Cardinal Raymond Burke, by making him Cardinal Patron of the Sovereign Order of Malta in November 2014, is out of the question. Becciu stands too high in the favor of the incumbent church leader.
On June 8, another Angelo, Cardinal Amato, completed his 80th birthday and will be retired by Francis as Prefect of the Congregation for the Causes of Saints. The likelihood is very great that this could be the appropriate office for Becciu, one of the nine venerable Congregations of the Roman Curia, the highest among the dicasteries.
Who will be the new substitute of the Secretary of State?
But who will follow Becciu as a substitute, the second most important office in the Vatican State Secretariat? 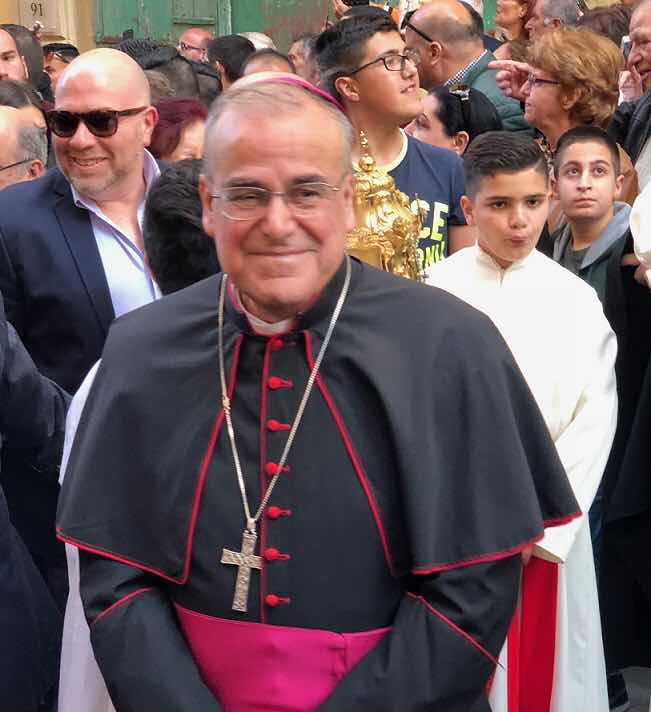 Future substitute: Charles Scicluna?
For this post another man is named, who, like Becciu, has already acted as special envoy to Francis. If Curial Archbishop Becciu, as papal ambassador, steered and supervised the development in the Order of Malta, whose Grand Master had been forced by Francis to resign, Francis sent Bishop Charles Scicluna to America as Special Envoy in the case of Barros. The case is not over yet. It is said that Francis, however, was satisfied with Scicluna's work.
The Sardian Becciu and the Maltese Scicluna have in common that both are doctors of canon law. While Becciu entered the diplomatic service of the Holy See after attending the Vatican diplomatic academy and most recently Apostolic Nuncio to Cuba, a country for which Francis showed interest and sympathy, Scicluna worked as a professor of law and a judge. From 1995, he served on the Supreme Court of the Apostolic Signatura and from 2002 as Promotor Iustiae of the Congregation for the Doctrine of the Faith, where he dealt with Delicta graviora, such as sexual abuses committed by clerics.
In October 2012, Benedict XVI appointed him. as Auxiliary Bishop of Malta and at the same time a member of the Congregation of the Faith. Pope Francis made the Titular Bishop 2015, Archbishop of this diocese. As he had loyally served Benedict XVI., he seamlessly transposed the controversial post-synodal writing Amoris laetitia in the sense of Pope Francis, granting the remarried divorced access to the sacraments in the island republic of Malta. Through Archbishop Scicluna, Malta became the first state to introduce the new Francisean interpretation of marriage, penitential and altar sacraments in the context of marriage.
Whether as a Special Envoy or as a Metropolitan, Scicluna earned in a way that is appreciated in Santa Marta.
Noisy rumors suggest that he would soon return to the Vatican as the future substitute of the Secretary of State and Head of the General Affairs Section of the State Secretariat.
Text: Giuseppe Nardi
Image: Vatican.va/MiL (screenshot)
Trans: Tancred vekron99@hotmail.com
AMDG
Posted by Tancred at 6:47 PM