“I Served Lucifer - Without Knowing It” 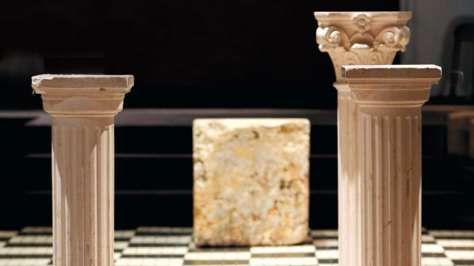 Freemasonry: I served Lucifer - without knowing it. Essence, goals and power of Freemasonry
(Paris) A new book on Freemasonry is causing some sensation in France. "Je servais Lucifer sans le savoir" (IServed  Lucifer, Unknowingly) was presented by Serge Abad-Gallardo, who himself was a member and master of a Masonic lodge for 24 years.
The search for exclusive knowledge 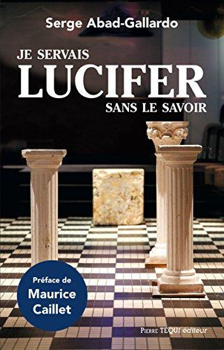 Search for secret knowledge - away from the truth
Freemasonry is very solicitous of the new "brothers". You will be welcomed with open arms. The lodge brothers are looking for answers about the meaning of life, about what holds the universe together. They do not seek these answers from Christ and the Church, while they seek autonomously because they seek a secret knowledge accessible only to the "initiate." This "secret knowledge" is supposed to lead them "to the light". This already makes clear its central feature, the rejection of Jesus Christ, who says of Himself: "I am the way and the truth and the life.” So as he seeks the truth elsewhere, he can not find the truth. Rather, he finds something quite different, all the more so because he consciously rejects the real truth, Christ.
In contrast to the Church, whose answers are simple and understandable to everyone because they should be accessible to all, Freemasonry offers coded answers that have many meanings because they defend a "multi-faceted truth."
Abad-Gallardo confirms that one can speak of "manipulation" in the lodges.
"Yes, I think that one can speak of manipulation. Unfortunately, many Freemasons are unaware of this. Freemasonry uses an esoteric language. The answers that they give are all the more accepted when given under the seal of secrecy. And if you do not understand something, it means: you will understand it better in the next degree.”
Lucifer? "If you are looking for a bit, you will find ..."
But what justifies the book title with the clear allusion to Satan?
"There are rituals that I have participated in, but that is not essential. It is essential what one does not see or does not read, but which is omnipresent between the lines. Masonic symbols implicitly refer to Lucifer. If you just search a bit, you will find these connections. "
He found it quickly, but accepted it for a long time in an effort to gain exclusive knowledge.
"I became aware of it very quickly, already at the apprentice level, so soon after the initiation, in the context of a ceremony that glorified Lucifer expressly. But I was told that this was not Lucifer, but in fact the bearer of light. Which is not quite wrong! "
But wrong is the context.
"It was not until much later, when I began to find the path of faith, that I began to ask many questions. At the ceremony, when I attained master's degree, the words 'Tubal Caïn' were whispered in my ear. A clear allusion to the satanic influence that occurs in most Masonic rites. "
Relativism is the key to Freemasonry 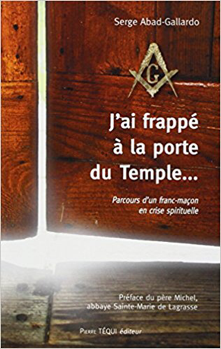 With  initiation disavows  baptism without knowing it
While the satanic allusions are hidden in some degrees, the very essence of Freemasonry is clearly visible in others. For example, according to Abad-Gallardo, in the 33rd degree of the Scottish Rite, the Freemason who attains the degree must use a dagger to stab a papal tiara. If he hesitates, he is told that this is not directed against the Church, but against Pope Clement V, who had exposed the Templar Order to the persecution by the French King, which allegedly has nothing to do with hostility to the Church.
Abad-Gallardo leaves no doubt:
"Freemasonry is essentially luciferous in the sense of a Luciferian pride. No black masses are celebrated, at least as far as I know, but their goal is to inculcate the Freemason in the separation from God, which is directly involved with the fact that he is to feel himself as God by working himself up to the Divinity. In contrast to the Church, which defends the law of God, and natural law, Freemasonry confesses that there is no such law, but only a fluid, changing morality. It favors a new social order in which individual freedom prevails and the law is an expression of society without any reference to a fixed moral law or law. Relativism is the key to Masonic teaching. "
Christian lodges "are a hoax"
Abad-Gallardo, who belonged to the Le Droit Humain, a branch of the Great Orient of France, also comments on the oft-asserted existence of "Christian lodges.” English Freemasonry, to which most lodges in German-speaking countries are obliged, is called Christian in contrast to Roman Freemasonry.
The former master waves this off, however:
"They are a hoax. Some lodges even say they are Christian to avoid having to explain they are Christian because the 'venerable master' breaks the bread and distributes it. It does not matter what name they wear, it is important to look at the rituals they practice, and they are all esoteric, and therefore occult.
Everything that is occult, magical, clairvoyant is condemned from the Old Testament to St. Paul. Freemasonry has been condemned several times by the Catholic Church, but also by the Presbyterian Church of Scotland, and by the American and English Methodists. The Church is right in saying that the two paths of the Church and the lodge are antinomic, contradictory, and therefore incompatible. You can not serve two masters.
These lodges call themselves Christian to attract Christians, but in reality they aim at the apostasy, the apostasy of believers from every religion, and especially the apostasy of those who are Catholic.
When a Christian becomes a Mason, at the initiation rite, disavows, unknowingly, his baptism. The goal of Freemasonry of all obediences is the destruction of Christendom, especially the Catholic Church, to replace it with the Masonic religion and its dogmas."
The influence of the lodges
Abad-Gallardo also leaves no doubt about the influence of the Masons. The lodges are trying to downplay this influence and their role so as not to attract unwanted attention. The main thing is to control the image of the lodge in public.
"From the 19th century, Freemasonry is at the root of all sociopolitical laws, whether divorce, abortion, euthanasia or marriage for all. They were prepared, written and brought into parliaments by Freemasonry because their purpose is to establish an order that contradicts the divine order. The fact that it is increasingly reveal themselves openly proves their power. Today our societies are swimming in masonic ideology: relativism.”
Serge Abad-Gallardo's book: Je servais Lucifer sans le savoir and J'ai frappé à la porte du Temple. Both have appeared at Éditions Pierre Téqui in Paris.
Text: Giuseppe Nardi
Bild: Éditions Pierre Téqui
Trans: Tancred vekron99@hotmail.com
AMDG
Posted by Tancred at 7:32 AM

Email ThisBlogThis!Share to TwitterShare to FacebookShare to Pinterest
Labels: Freemasonry