Will There Be a Visitation at Melk After Apostate Drewermann's Retreat? 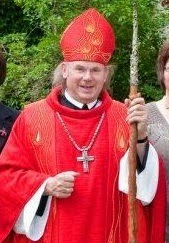 (Rome) Pope Francis is making strong inroads in Latin America, especially Argentina dioceses. However, what about Austria abbeys?
Pope Francis appears to be settling, according to the opinion of some Latin American observers, old scores with bishops. Specifically, this means the "reassignment", "retirement" or "visitation". According to Sitio Andino, the bishop of the Argentine diocese of Puerto Iguazú now suggests that y Zarate-Campana is being "targeted the Pope". "Not very merciful," said the Catholic blogger Francisco de la Cigoña of the papal operation. "There are other bishops who are much worse without anyone intervening,"  says the church historian. "Will you take action against them too? Then I would not mind. Or is it only those who are not well aquatinted with Cardinal Bergoglio? Is this mercy or revenge? Let us hope that this is just the imagination of a few."

Among  "others" where a visitation of Rome would be more urgent is the Melk Abbey and the local Abbot Gerhard Wilfinger. After the scandal became public knowledge recently, there seems little stir. Abot Wilfinger had commissioned ex-priest, Eugen Drewermann to direct the annual retreat at the Benedictine monastery.  Drewermann cashed in for 8,000 euros. The result of his "spiritual instruction" can at best be fruitless, but is probably more subversive.
The Benedictine Abbey of Melk is renowned as the  "Austrian Escorial", but less famous, however, is the spiritual radiance of the monastery in its surroundings. After the Drewermann retreats were made public by katholisches.info, informed believers complained to the Apostolic Nuncio and the Congregation of the Faith in Rome about the abuses. Abbot Wilfinger denounced the monks who dared to criticize the Drewermann Invitation with sharp tones.

Abbot's Clique Mainly Engages in Zeitgeist's Criticism of the Church

Wilfinger belongs to a glorious little clique of Austrian abbots, who distinguish themselves especially by criticism of bishops and priests who are more precise with the truths of faith and church order than themselves. The battles which were waged by the late Bishop Kurt Krenn of Sankt Pölten, who passed away in February,  against some abbots of his diocese, threw an unpleasant shade. This clique also includes the newly elected Speaker of the Men's Orders of Austria, Abbot Christian Haidinger of the Benedictine Monastery of Altenburg. In his monthly statement he calls for a "change in the Church's sexual morality," which is "the abolition of priestly celibacy" or the "admission of women priests," while the Church's doctrine of the indissolubility of marriage is for Abbot Haidinger a "disaster".

That Abbot Haidinger has become spokesman, demonstrates that his dissenting opinions are in a majority in the Austrian Orders. Wilfinger Abbot of Melk is an example of this. He nurtures the suggestion of the little beloved Pope Benedict XVI. for  "detachment from the world" and the expectation of Pope Francis to court a "low church" despite a sophisticated baroque lifestyle. At the same time he tolerates the scandalous behavior of some of his monks.  Recently a milker monk was known to live without any embarrassment with a woman in concubinage. Yet he has little to fear from Abbot Wilfinger. In the Austrian Church.  In their zeal to be critical of the Church there is little awareness among Austria's abbots that  their conduct and that of their monks may affect the  credibility of the Church and of Christianity.
Will Rome act? A Visitation of Melk Abbey would be a startling signal having an effect far beyond the Danube monastery, since Melk is not an isolated case. [Collegeville?] So far,  the visitation efforts were successfully repelled. In Benedict's Rome  the highest ecclesiastical office in Vienna  warned before each intervention, that this would result in "schism". This is a myth that has caused serious damage in the past 20 years the Church. [Longer, for good or ill, Collegeville and other Benedictine Monasteries were never reigned in for their questionable liturgical practices and doctrine, see the Liturgical Movement of Parsch, Michel and Beauduin.]
Text: Martha Weinzl
image: tempos / Vebidoo
Trans: Tancred vekron99@hotmail.com
Link to Katholisches...
AMGD

Of all public religious offenses within monastic orders those of the Benedictines remain the most egregious.

Then again maybe not considering he could not even bring himself to properly discipline apostate theologian Fr.Hans Kung.

Not too late though since in catholicisms new diarchical papacy the pope emeritus ,if I am not mistaken , still retains elements of the teaching magisterium.

Rome will do NOTHING.......as usual. Rome will only discipline those who uphold Catholic Doctrine without the usual compromises. In case no one has noticed it's a faithful order, the Franciscans of the Immaculate, that is being crushed. Yet the archdiocese of Vienna which is in a state of open heresy, continues to spread error while Rome is silent. The complete loss of the Faith worldwide isn't accidental, it's the plan. And now we have a pope who will complete the destruction of the last remnant, the papacy. By the end he will have turned the office of pope into "one among equals". And the one true Church will become just another community along with the protestants. God help us all.

Oh the irony - the Church who is the Mother all good things and of all peoples - is most especially the mother and guardian of true freedom for the human person.. is now being run by a totalitarian regime-like hierarchy...there is no doubt in my mind about it now...it is plain as the nose in one's face ...Traditional Catholics have become the freaks ...all the rest in its various and colourful religious and non- religious manifestations is perfectly acceptable and to be encouraged...and it is now becoming completely impossible to reason with the mainstream Catholic church...

Something unique is happening in our Holy Church ..if I didn't have access to the Old Mass the Sacraments and a small community of Traditional Catholics ...I wouldn't know where to go bang my head...the new-catholicism isn't even protestant ..it's a new, new-age religion..smattered with notions of real Catholicism...

I would like to think that heaven is watching all very closely and getting reasy to intervene...as no-one ...since Benedict left is capable of real leadership to get us out of this anxiety-producing mess...

God bless us all,