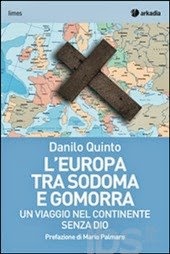 Demonic decisions have been made by activist judges against same-sex marriage bans here in the US. They are legalizing immorality against the voters' wishes in those states. We are being held captive by demons. This will go to the Supreme Court again until sin is the law of the land.

You are so right. I was just thinking today of how those no good judges pulled this bs and how well orchestrated it was. You might find one evil, insane, renegade judge in a country who would think to do such a demonic thing but this was being done almost simultaneously around our entire country. Oh yes. It was well orchestrated and planned in anticipation of having the fool and tool of the Devil in our White House.

You are correct also that these bastards and the filthy attorneys who represent them keep trying even when time after time after time the American people said NO! to their idiocy.