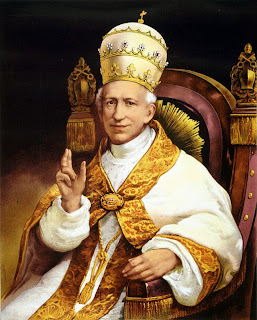 Going by the pseudonym “X,” Pope Leo XIII anonymously crafted poetic puzzles in Latin for a Roman periodical at the turn of the 19th century.

The pope created lengthy riddles, known as “charades,” in Latin in which readers had to guess a rebus-like answer from two or more words that together formed the syllables of a new word.

Eight of his puzzles were published anonymously in “Vox Urbis,” a Rome newspaper that was printed entirely in Latin between 1898-1913, according to an article in the Vatican newspaper, L’Osservatore Romano.

A reader who submitted the correct answer to the riddle would receive a book of Latin poetry written by either Pope Leo or another noted Catholic figure.

The identity of the mysterious riddle-maker, however, was soon revealed by a French reporter covering the Vatican for the daily newspaper Le Figaro.

Felix Ziegler published his scoop Jan. 9, 1899, a year after the puzzles started appearing, revealing that “Mr. X” was, in fact, the reigning pope, the Vatican newspaper said July 20.

How wonderful - someone should write a book, the secret lives of Popes - those popes, that is, who had secret lives that wouldn't turn your hair white over night. I used to like Anglo-Saxon riddles - no 'rebus-like' construction (as far as I know), but tricky all the same. The following is one to which the answer is no longer known: 'I saw a woman sit alone.' How tricky is that? (dates from the Exeter Book, 10th cent.)

Wow. From this to 100 years later Pope Francis could barely muddle through the Urbi et Orbi (spoken) from the balcony when he was elected.

So much of our heritage: lost. Thanks for the "renewal" Vatican II.