Pope Has Read Archbishop Lefebvre’s Biography, And Liked It 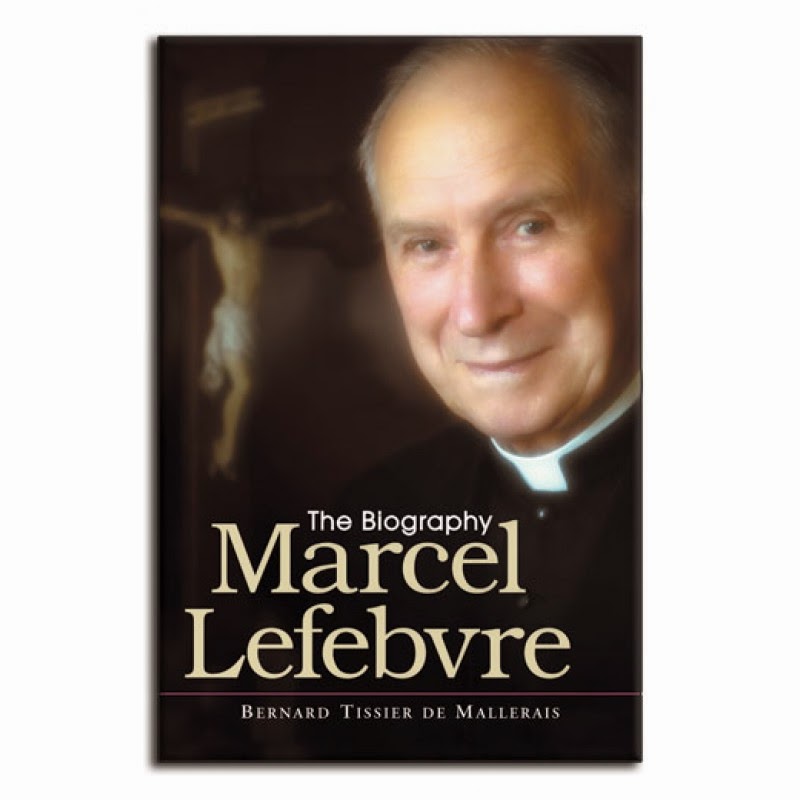 
With the current pope, as he is a practical man, he looks at people. What a person thinks, what he believes, is at the end a matter of indifference to him. What matters is that this person be sympathetic in his view, that he seems correct to him, one may say it like this.
And therefore he read twice Bp. Tissier de Mallerais' book on Abp. Lefebvre, and this book pleased him; he is against all that we represent, but, as a life, it pleased him. When, as a Cardinal, he was in South America, the District Superior [Fr. Christian Bouchacourt] came to ask him for an administrative favor with no relation to the Church; a visa problem, of permanent residency. The Argentine government, which is very leftwing, makes use of the concordat that was established to protect the Church to bother us quite seriously, and tells us, "you say you are Catholic, it is thus necessary for you to have the signature of the bishop in order to reside in the country." The District Superior therefore went to him to present the problem: there was an easy solution, and that would be to declare ourselves an independent church [before Civil Law], but we did not want to do it because we are Catholic. And the Cardinal told us, "no, no, you are Catholic, that is evident; I will help you;" he wrote a letter in our favor to the government, that is so leftwing that they managed to find a opposing letter by the nuncio. Therefore, a 0-0 tie. Now he is the pope, and our lawyer had the opportunity of having a meeting with the Pope. He told him that the problem was still going on with the Society, and asked him to please designate a bishop in Argentina with whom we could sort out this problem. The Pope told him, "Yes, and this bishop is myself, I promised to help, and I will do it."
I am still waiting for it, but anyway he said it, just as he said that, "those people there, they think I will excommunicate them, but they are mistaken;" he said something else that was very interesting: "I will not condemn them, and I will not stop anyone from visiting them [lit. 'd'aller chez eux'.]" Once again, I will wait to see.

[Source: French District of the SSPX]

Why did the lawyer get a longer meeting with him than Bp. Fellay?

Exactly Alan. If the pope were so impressed, why wouldn't he meet with the superior general of the Society.

You don't know if he hasn't. There were the same denials and complaining prior to the Institute of Good Shepherd reconciling, and the denials were false then of course.

Pope Francis doesn't show even the most basic comprehension of the issues that dominate ABL's biography. Neither does he demonstrate the kind of patience reading that kind of book requires.

I think he understands it enough to oppose it. It's not that difficult a read. You read it and understood it after all.

The pope has only caricatures in his head, not reality. This indicates that he has probably never engaged the issues as they are. ABL's bio isn't difficult, but it forces one to really think about the questions even if one ends up opposing them. I remain skeptical.

Give me a break.

Even if the Pope Francis reads the book we cannot expect him to change unless it is a miracle . One world Religion is his vision and mission.
May Our Lady intervene to Save us in days of Apocalypse.