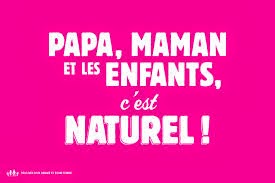 (Amsterdam) The Netherlands is expanding the possibility to form various forms of "family" by extending the right to adopt children.   This will make it easier to set up a "family".  The special right of aberrosexual females for the adoption of children has now been acknowledged, says  the Dutch news agency ANP on the 1st of April, but not as an April Fool's joke.  In the Netherlands, new regulations have come into force with which lesbians are privileged. They allow lesbians to adopt the children of their partner in  a special process.

The revision allows both women in a sexual relationship can now be officially called "parents" of children recognize the need to go through without a normal, lengthy and costly adoption process.The same rule does not apply to aberrosexual men, as    the exercise of parental rights of women take priority and can not be transferred to third parties.
The Dutch aberro organization Cultuur en Ontspanningscentrum (COC) adopted the new regulation  enthusiastically. It speaks of a "revolutionary action" and stated that twenty aberro female couples  are said to have immediately made use of the first day into force.
The Netherlands was the first country in 2001, which enacted a law on the equality of aberrosexual couples with civil marriage, and equal rights and obligations of heterosexual couples extended to aberrosexual couples, including the right to adopt children. The amendment to the privileged adoption process for aberrosexual females  is a further success of the militant LGBT lobby. However, it is also opens up another step towards the moral abyss that in the name of ideological slogan "family for all".
Text: Giuseppe Nardi
Image: Manif pour tous
Posted by Tancred at 9:34 AM

Institutionalised child abuse from which the innocent children cannot be rescued. It is our duty to protect children! The Pope and other bishops are for the most part silent, or colluding with the evil forces of state. Reparation!