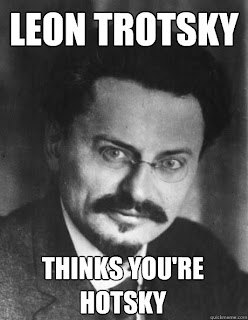 Edit: I've long been a critic of Damian, one whose name he bears is probably shaking his head, and I have observed the things for which he most often will raise his blade. He's not just interested in pretty lace vestments, incense and the sensual cadences of the canon sotto voce as the beeswax candles flicker in the gloom, he really does believe that those who commit the sin of sodomy in word or in mind, deserve special status and bristles venomously when he senses these dainties are portrayed as they are. The subject was an article by Father Zuhlsdorf, who usually gets the Damian lace chasuble sign of approval, where Father portrays such people perhaps as they are. Heaven forfend that a Catholic priest should condemn immorality and teach:


I've long been a fan of Fr John Zuhlsdorf for his measured defence of the traditional Mass; I know that, like many US traditionalists, he's very much opposed to the "homosexual agenda" – but nothing prepared me for the article he published today. Never have I changed my mind about someone so fast. It's a revolting piece of work, using the wicked murder of a devout Catholic lady to imply all manner of horrible things about homosexuals in general – "this is what 'they' are like, you know". (NB: when Z fisks the CNS article, the emphasis in bold type is his; his own comments are between square brackets.) Its rhetorical style reminds me of old-fashioned racist propaganda.

Let's not forget, either, who the author of the slur racism was and why.
Posted by Tancred at 7:20 PM

Has Damian become a product of his enviornment?
Did it take a push or a nudge? I hope he read your post and link about Saint Peter Damian if he somehow didn't know or forgot.
Your info about Trotsky is very interesting too. How insidious has Marxism been in so many ways that we're not even aware of. At large if asked who was responsible for communism people will say Russia. Pretty simple? Not simple. At large all the players, aiders and abettors both wittingly and unwittingly are unknown. Those who do know generally don't say. Instead Germany is held responsible for all the evil and it is preferable it continues that way.

Damian's post "shocked" at Fr. Z" post had a couple of commenters discussing someones' plans for WYD i.e. homo parades wearing masks of bishops and pink cassocks. The asses obsessed with asses prove themselves over and over to be absolutely perverted. The love of cruelty is a perversion too. Who says these people are Disordered ?

Be it noted that if I defended a Catholic blogger who was personally homosexual,* this does not by any means mean I condone a passionate sodomite - if the story is true and complete - murdering a woman who asked him a relevant question.

Nor Damian Thompson's attacks on Zuhlsdorf in the context.

I have said homosexuals have a right to marry, that however homosexual couples are not matrimoniable couples. It means one can marry despite same sex attraction, but not through same sex couples.

Here is what I think of Thompson in another context or two: