Gomorrah Minnesota: "Do What Thou Wilt" and "Love is the law, love under will." 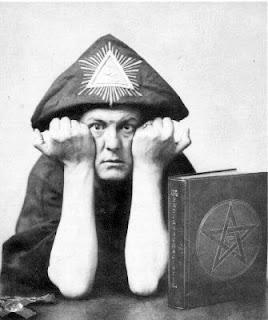 Edit: Sometimes, things are so obvious, they can't be ignored. "Love is the law, love under will", is a salutation employed by the Aleister Crowley, an infamous satanist who died shortly after the Second World War. 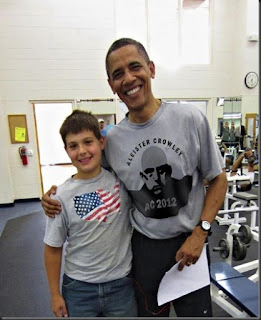 Just recently, the State of Minnesota has finally managed to vote enough times to honor aberrounions. There has been very little public outcry and almost nothing from the Archbishop of St. Paul.  Now rainbow flags triumphantly line the Wabasha bridge.

Crowley's salutation is also the name of the concert to be celebrated in Eco Park in downtown Saint Paul, the "Love is the Law" concert, featuring a diverse bash of performers funded by the taxpayers of Minnesota, whether they like it or not.  The festivities begin at 5pm.  There will most likely be no public outcry.  Certainly not the kind that has been witnessed in France.  It's almost as though an invading army has taken the city of St. Paul without firing a single shot.

Here is a photo of Kenneth Anger and Alfred Kinsey at the house of Crowley with a likeness of him between them. 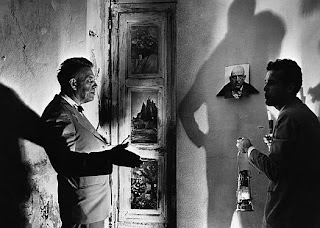 The event tomorrow will feature the song by a local band, which was briefly popular on the national scene about 25 years ago and some of its surviving members.

The photograph above was taken from Public Vigil, which has some interesting commentary about Crowleyism and its connections with the corruption and destruction of the young, especially its connection with politicians and Catholic priests, and how champions of homosexuality like Paul Shanley, were morphed suddenly by the media into pedophiles:

You could say that Shanley was ahead of his time. He was pushing for all the things that the homosexual movement is pushing for now. End priestly celibacy. Women "priests". Let the laity run the Church through a "democratic" process.

Not only did he preach that being a homosexual or bisexual was OK, he advocated fervently for gay rights from the lectern and in the media. He chided the Catholic Church for what he considered homophobia and testified at the State House on behalf of antidiscrimination legislation.

I am not desensitized. I continue to be stupefied. Sodom and Gomorrah is no longer a metaphor. It is here again. ObamaNation an Abomination.
The young boy in his U.S.A. T-shirt aside the Satan Sporting leader of the free world.

There is a version of this pic with Obama wearing just a plain grey T. This may be a photoshop.

There are some disputes about that, but captures Obama's allegiances.

The difference between "Uncle Al" and the majority of homo priests, was that at least Crowley was a Tory that hated socialism. Besides being sodomites and pederasts, many of these priests are committed to "social justice" and income equality. That picture of "Dear Leader" is wearing is a photo shop fake. Think of all the Bishops that prostituted the church out for socialized medicine called "Obama Care".

I think it’s interesting how the Lodge accommodates both points of view without the slightest apparent contradiction.

Also, the Tories have plenty to answer for on the pedo area, just like the Socialists do.

It's amazing what can happen in a man's life when he no longer fears God.

"Hey Renatto--come on down we just want to talk"!

It would seem that there are a lot of Conservative MP's who have been know to go "cottaging"--cruise for sex in public bathrooms.

Did you know the founder of the Boy Scouts was also a pederast?

It wouldn’t surprise me, considering his elite status and connection to Intelligence.

I was just thinking about how a lot of the hysteria surrounding this stuff originates from Suffragettes, according to Takimag.

Still, there is a more elemental, deeply rooted and healthy, in mho, response to this business which emanates from the ethos of northern races.