Edit: Linen on the Hedgrow asks what part the Magic Circle Bishops of England played in the Olympics. We suggest at least a humble part as evidenced by these photos of torch passing at Westminster Cathedral recently.

Crescat also called it "the Ceremony that must not be named".

Maximus Meyer compares it to Isengard, and Father Z expresses his displeasure by citing a writer from catholic.vote suggesting that the English have decided they are no longer hobbits, but orcs.

Max Meyer's retelling of the poem "And did those feet in ancient time" goes: 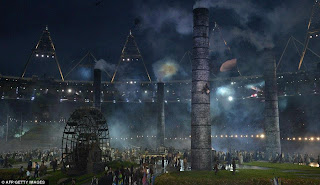 O Jerusalem, how vast and treacherous the distance betweenProud Albion and your gates of pearly sheen!


At Westminster Cathedral, Archbishop Vincent Nichols presided over a Mass where the Olympic Torch preceded the crucifix to the altar. 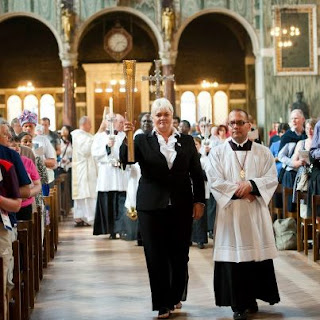 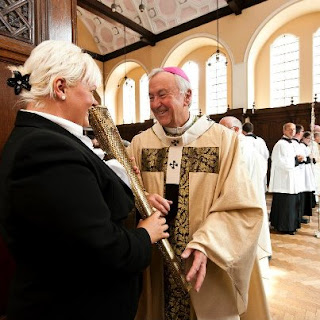 Photos from "Papal Visit"
Posted by Tancred at 3:08 PM

Shameful and disgusting, but then again what else is new?

Vincent Nichols is a Catholic, a priest and a Bishop.

He is also a horse's ass, and he is doing immeasurable harm to the Faith.