Editor: the Frankenstein labs have come up with a trick out of science fiction to help solve world hunger.  There was a famous film called, "Soylent Green".  It's a film based on a novel called, Make Room! Make Room!, by Harry Harrison describing a dystopic future where the world is driven to starvation because of malthusian-like overpopulation.  Despite the fact that the malthusian thesis has not come to pass, our masters have decided to get us interested in marketing some exiting ideas related to cannibalism.

Here's the link to the story on lifesite, news...

A pro-life group that monitors the use of cells from babies victimized by abortions is today highlighting a biotech company, Senomyx, which it says produces artificial flavor enhancers using aborted fetal cell lines to test their products. 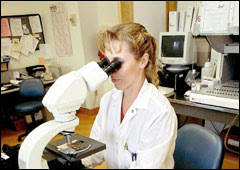 The group Children of God for Life is calling for a public boycott of major food companies partnering with Senomyx.
Debi Vinnedge, the director of the pro-life organization, tells LifeNews.com today that, in 2010, her group wrote to Senomyx CEO Kent Snyder and pointed out that moral options for testing their food additives could and should be used. But when Senomyx ignored her letter, the group  wrote to the companies Senomyx listed on their website as “collaborators” warning them of public backlash and threatened boycott. They included food giants PepsiCo, Kraft Foods, Campbell Soup, Solae and Nestlé. (See update below.)