Editor: It's starting to look like all the pusillanimous types secretly crying for this man's blood, and posting strange time-lines of his supposed metamorphosis into Anton Levey are going to be kind of disappointed. It is to be hoped that Father's bishop goes to bat for him and sends this harridan packing. 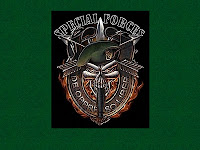 KALISPELL, Montana, March 25, 2011 (LifeSiteNews.com) - A leader of the company that manages Rev. John Corapi’s media has claimed that the recent accusations against the popular priest were launched by a “disgruntled” former employee who vowed to “destroy” Corapi’s reputation.

Corapi, a well-known Catholic personality and member of the Society of Our Lady of the Most Holy Trinity (SOLT) who has been extremely outspoken on the life and family issues, has been placed on “administrative leave” in consultation with the diocese of Corpus Christi, Texas, where SOLT is based.

The move was in reaction to a letter by a former employee of the media company sent to several bishops and claiming that Corapi was addicted to drugs and sexually involved with multiple women.