German Chicanery Against Catholics: The Kulturkampf Against Germany’s Catholics Continues 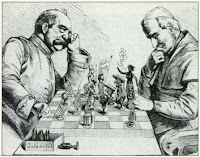 The Kulturkampf Against Germany’s Catholics Continues

We'd already talked about this a few months ago and as we predicted it then, the School (Realschule) owned by the Don Bosco Schulverein and the German Province of the SSPX will not be able to continue operating thanks to the flimsy pretexts of the German authorities.

The Society of Pius X is going to lose a dormitory to a harmless error in filing out a form. Anti-clerical hate for the Church from judges have an opportunity to grab hold by the tuft.

[kreuz.net, Saarbrücken] The Priestly Society of Saint Pius X must close their School in Saarbrücken because their dorm will finally be closed.

This is according to the news agency 'DPA'.

The owners of the Dorm, the School and a Grade School in Saarbrücken is the Dom Bosco Educuational Society of SSPX.

The Upper Court Authority in Saarland has an appeal against the Society which is against the appeal to dismiss the closing.

The judgement is not revocable.

The Church-Hate is what decides in National Socialist Germany

Already in April the Social Ministry of Saarland withdrew the permission of operation for the school.

The pretense: In the dormitory there were more children housed than what were approved in 2007.

The reason: The Society renovated the Dormitories since 2007 according to the prescriptions of the Youth Office. They did this in order to make more living space.

The completed rooms were used by the dormitory, however were not reported to the authorities.

Because of this form error it was made known in April, it was found that the Dormitory had concealed too many children.

The Society made an appeal against the closing. As has been shown today, in vain.

In May the judicial authorities decided, that the Dormitory may only be opened till the summer vacation.

The Pedophile-Odenwaldschule was still opened though

In the most recent judgement the upper court determined that the closing will take place immediately.

The anti-clerical court has swelled the laughable form mistake into a "systematic deception" of the number of dormitory spaces.

The school operators have "deprived the children of State control" and "illegally operated" the dormitory -- so went the escalating accusations of the Judge.

For that reason the court refused the proposal of the owners of the School.

It goes without saying that the Society of Pius X can not operate the School without the dormitory can't continue to maintain the School.