Edit: I saw something in the LA Times about a mass arrest of pedophiles in Riverside. They mentioned a “monk”. There was no mention of his ethnicity or his religious affiliation. I’m sure they expected their readers to assume it was an albino Opus Dei “monk” or something like that.  Does Opus even hire albino assassins? Kind of hard to be inconspicuous, to be frank.  Here’s an English language Thai paper. Thank goodness they care about journalism.
[Coconuts Bangkok] Over the years, there has been numerous cases ofmonks misbehaving in Thai media — from flaunting their jet-setting lifestyle to beating a 9-year-old to death. One Thai monk, however, currently finds himself squarely in the media spotlight of a major American city for his alleged crimes.
Thai monk Sripai Biadnok, 48, was arrested in the US last week for allegedly sexual assaulting two children in a Chicago Buddhist temple almost 20 years ago.
After being picked up on a warrant in Nevada, then extradited to Chicago on Thursday, Biadnok was ordered held in Cook County Jail on US$20,000(about THB620,000) bail by the Central Bond Court on Friday, reported The Chicago Tribune.
Biadnok was reportedly operating the Maisamakeetum Temple in Las Vegas at the time of his arrest.
https://coconuts.co/bangkok/news/thai-monk-arrested-sexual-assault-2-children-chicago-temple/
AMDG

"Pedro Arrupe Was a Prophet"

(Rome) In its current issue ( issue 4067 ), the Roman Jesuit magazine La Civiltà Cattolica published a copy of the encounter between Pope Francis and the Jesuits of Thailand, penned by his confidant P. Antonio Spadaro SJ. Comparable to the flying press conferences, these internal meetings give better insight into the thinking of Pope Francis than his official speeches. The summary publication after each meeting is made with papal approval. The head of the Church knows that his answers will be made publicly available.
A question from the Thai confreres referred to the Jesuit Refugee Service (JRS). It has had an office in Berlin since 1996, in Switzerland since 2010 and in Austria "it was able to work intensively again in 2015". Francis reaffirmed his call for boundless migration and declared refugees a "theological place".

Pope Francis: Working with refugees has become a real “theological place” for the Jesuits. I consider it a theological place. That was the will of P. Pedro Arrupe [1], who emphasized the importance of this mission in his last speech here in Thailand. Father Arrupe was a prophet to me: his "swan song" was the foundation of the Jesuit refugee service right here in Bangkok. Then he suffered a stroke on the return flight from Thailand to Rome. [2]
The refugee phenomenon has always existed, but today it is better known for its social differences, hunger, political tensions and, above all, war. For these reasons, migration movements are increasing. What is the answer the world gives? The policy of segregation. Refugees are waste. The Mediterranean was turned into a cemetery. The impressive cruelty of some detention centers in Libya touches my heart.

Here in Asia we all know the Rohingya problem [3], I have to admit that some of the stories I hear across borders in Europe shock me. Populism is gaining strength. In other areas, there are walls that even separate children from their parents. Herod comes to mind. However, there are no walls to stop drugs.

As I told you before, the migration phenomenon is compounded by war, hunger and a "defense philosophy" that makes us believe that it is possible to defend ourselves only through fear and strengthening the borders. On the other hand, there is exploitation. We know exactly how the church works - how many sisters are involved in this area! - works hard to save girls from prostitution and various forms of slavery. The Christian tradition has a rich evangelical experience in dealing with the refugee problem.

We also remember the importance of welcoming the stranger that the Old Testament teaches us. But also many small folk welcome customs, such as providing an empty chair on a festive day in the event for when an unexpected guest arrives. If the Church is a field hospital, one serving the most injured, then we have to go to these hospitals the most.

I return to the “theological place”:  the will of Father Arrupe gave work with the refugees a great boost, and above all he asked for one thing: prayer, more prayer. The speech he made to the Jesuits who worked with the refugees here in Bangkok was not to neglect prayer. We have to remember it well: prayer. In other words, do not forget the other, the spiritual, in this physical periphery. Only in prayer will we find the strength and inspiration to go well and fruitfully into the “disorder” of social injustice.

Hardly any superior general is more controversial than Pedro Arrupe, whom a part of the Jesuit order venerates like a saint. On February 5, 2019, his beatification process was opened, which Pope Francis sympathizes with.
Another question that Pope Francis was asked by the Jesuits present was about pastoral action towards the remarried and divorced. Francis does not seem to like the question. In contrast to the refugee question, for which he took a lot of time and answered in detail, he stayed briefly on this point and redirected to the next question. The willingness to respond and the length of it indicates a priority setting.

What is remarkable about his short answer is a confusing juxtaposition, which the Pope formulated as a contradiction: on the one hand there is a "Church" answer, which is "not Christian", and his answer, which he identifies as "teaching".

Pope Francis: I could answer you in two ways: in a casuistic way, but which is not Christian, although it can also be ecclesiastical; or according to the Magisterium of the Church, as it is written in the eighth chapter of Amoris laetitia, that is, to make a way of accompaniment and differentiation in order to find solutions. And that has nothing to do with the situation ethics, but with the great moral tradition of the Church.
But I see that the time is up. But let's take another quick question…

Text: Giuseppe Nardi
Image: La Civiltà Cattolica (screenshot)
Trans: Tancred vekron99@hotmail.com
[1] P. Pedro Arrupe (1907 to 1991) was from 1965 to 1981 28th Superior General of the Jesuits. He promoted an alliance of Christianity and socialism and also the young Fr. Jorge Mario Bergoglio.
[2] Pope John Paul II used Arrupe to disempower and to initiate the election of a new superior general.


[3] The Rohingya are a Muslim group that lives mainly in Bangladesh, but also in the border area of Myanmar, the former Burma. It is controversial whether it is an autochthonous group, or whether it has only recently infiltrated from the more populated Bangladesh. Since they organized themselves as an independent group and appeared politically, there has been a conflict with the Burmese government.
AMDG
AMDG
Posted by Tancred at 11:12 AM 3 comments: 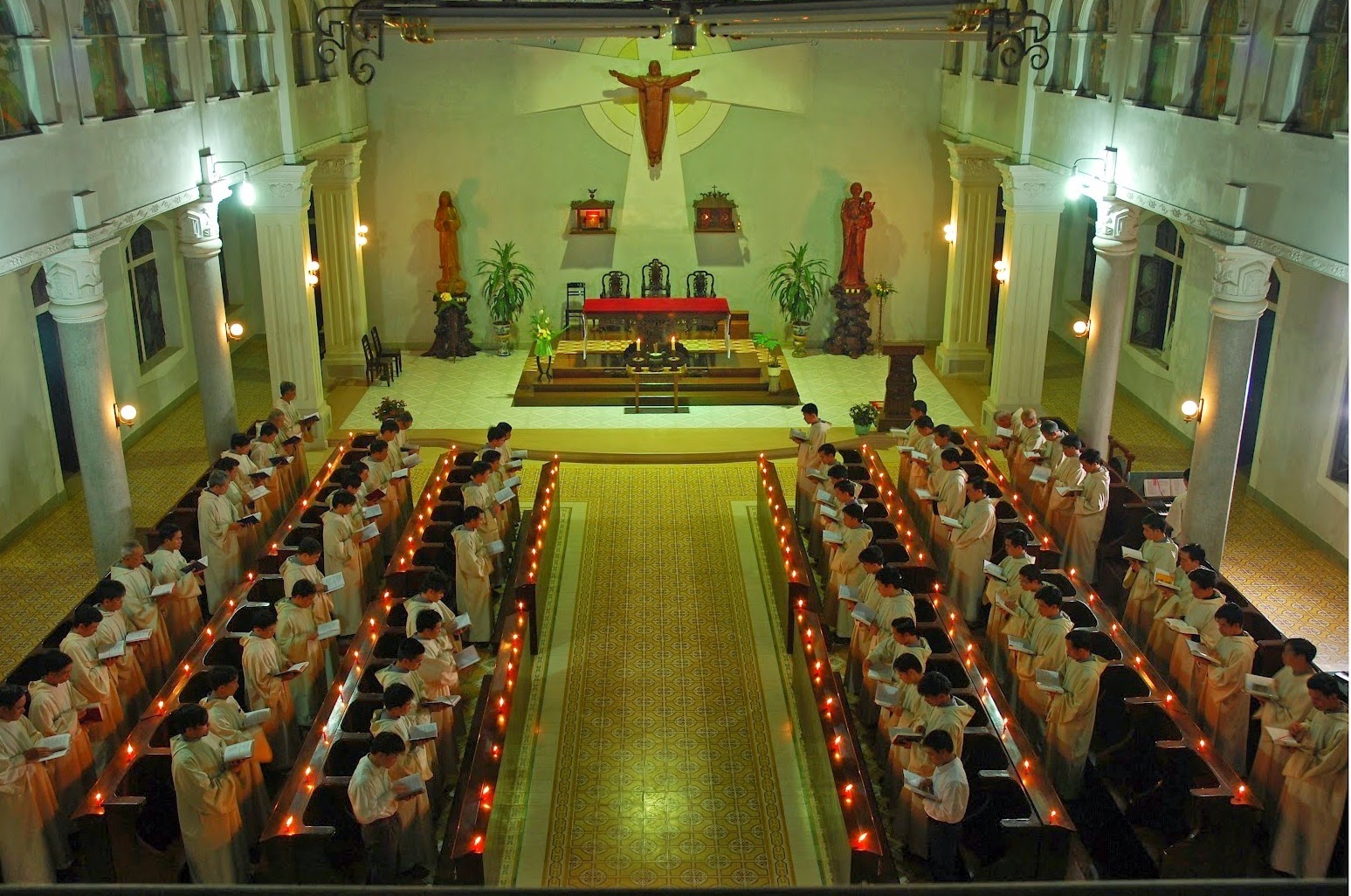 If Abortion Were Legal, it Would have been 35,000 More: Thailand 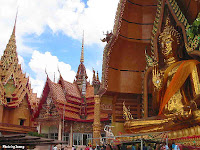 Thailand [Kreuz.net]  In the mortuary of a Buddhist Temple in the Thai capital of Bangkok were found around  350 bodies of small children, report international media.  They are possibly the bodies of victims of criminal child murderers.  The police found the bodies in plastic sacks and newspapers.  Abortion is still illegal in progressive [but Monarchial] Thailand.


Photosource, here.
Posted by Tancred at 9:33 AM No comments:

Bombing In Thailand: Analysis of Islamist Presence There

BANGKOK, Jan 7 (Reuters) - Bombs killed one security officer and wounded another in Thailand's restive deep South on Thursday during a visit by Prime Minister Abhisit Vejjajiva to promote an economic stimulus programme aimed at restoring peace.

The bombings underlined the failure of successive governments to tackle a separatist insurgency in the Malay Muslim-dominated region, which entered its sixth year on Monday with a death toll of nearly 4,000.

WHO IS BEHIND THE INSURGENCY?

No group has publicly come forward but most analysts believe the Barisan Revolusi Nasional (BRN) Coordinate is running the show, possibly in cooperation with remnants of the Patani United Liberation Front (PULO).

BRN is said to be a military offshoot of the Patani Malay National Revolutionary Front, a political movement established in the 1960s to seek independence, or at least autonomy, for the region's ethnic Malay Muslims.

The current leaders are unknown. The government believes they may be hiding in Malaysia, Indonesia or Europe. The authorities have long suspected prominent local politicians, religious leaders and Islamic teachers of involvement.