First Public Mass in the Diocese of Regensberg

Edit: Why not have it on Sunday?

Diocese of Regensburg is a great sign of the importance of public services: Dean Jeschner in Eschenbach celebrates the first public Mass shortly after midnight!

Regensburg (kath.net/pm)  Already on the night of Monday, May 4th, at 0.05 a.m. Dean Thomas Jeschner will celebrate the first approved Mass with in the parish church of St. Laurentius Eschenbach. This had not been possible since Sunday, March 15th. For seven weeks, services were no longer celebrated with the physical presence of the public and believers. From the moment that this is possible again, it will be carried out immediately.

Dean Jeschner said that the anticipation and joy in the run-up to Mass could be felt enormously, especially among the faithful. "We go into the darkness, in which we felt like we had been sent for weeks, and celebrate our public Mass right here, in the brightly lit church."

The preparations for Mass meet the requirements of the diocese. In particular the dispensing of the Blessed Sacrament is of great importance here, said Dean Jeschner. The organ will be played, singing should be a bit quieter than in earlier times. The believers present will wear masks anyway. What is Pastor Jeschner most looking forward to? "The meeting with the faithful together in the Mass." The question was asked increasingly, Jeschner explains: "When are we going to celebrate Mass again?" The Dean gladly stated that this wish can now be fulfilled again.

Background information about the diocese:

Church fellowship is unthinkable without the celebration of the Eucharist. It is precisely Communion that is the foundation of the community in the first place. Church father Augustine summed it up in the words, which at first glance seem somewhat paradoxical: “Receive what you are!” By taking in the body of Christ in everyone in communion, everyone shares in the one body of Christ.

Last but not least, this is why it is important that services are openly accessible again. Of course, the opening of services is only possible under strict conditions and rules, so that the protection of people continues to be guaranteed. The protection concept of the diocese of Regensburg regulates a lot, but beyond that each parish has to specify the regulations for its own parish area and carry out the measures.

You also have to be a bit creative! - Preparations in the parishes

Father Marek, pastor in the parish of Bogenberg, is concerned about the requirement to limit the number of visitors. How should it be possible to simply reject someone? He says. For the services, there will be a folder at the door to control the number of visitors. However, he hopes that ultimately no one will have to be turned away. Over the past few weeks, he has seen that people's longing for the Sacrifice of the Mass is great. The door had to be locked while he was celebrating Mass, otherwise people would have come in and attended the service. In the parish of Bogenberg, the mass has been broadcast on the Internet since Palm Sunday - this was met with an overwhelming response. Around 500 Easter believers tuned in via the Internet.

Pilgrimage church on the Bogenberg

In the parish of Herz-Jesu in Selb in the district of Wunsiedel, the churches have already been measured and yellow marking points have been attached. Barriers have been avoided to keep the atmosphere inviting. There is no need for a concept to regulate the number of visitors in Selb. This is a diaspora area - from a Catholic perspective - and worshipers would not exceed the specified maximum numbers. In summer, other visitors could stand on the church square and follow the service through the open church door. Pastor Johann Klier says: “You also have to be a bit creative. It is important that the faithful can come again to the service. ”The first public mass of the parish of Sacred Heart in Selb will take place on May 10th.

The parish of St. Augustine in Viechtach is also well prepared for the reopening of services. Hygiene items such as stands for disinfectants, gloves and masks are already foreseen. Pastor Dr. Werner Konrad has drawn up a draft for specific rules of conduct. The places in the churches are measured. In St. Augustine, too, there will initially be no registration system for the services: "We will try it first," said Pastor Konrad, because due to the special situation, he does not expect so many visitors to the service at first. From a musical point of view, the services are to be increasingly instrumental and with solo singing.

AMDG
Posted by Tancred at 9:32 AM No comments:

President Donald Trump said Friday he will end federal funding for the Wuhan Institute of Virology that some are claiming spawned the coronavirus. At the daily coronavirus task force news conference, the president was asked why the National Institutes of Health would include the Chinese laboratory in a $3.7 million dollar stipend to conduct research. “The Obama administration gave them a grant of $3.7 million. I’ve been hearing about that. We’ve instructed that if any grants are going to that area, we are looking at it literally about an hour ago and also early in the morning,” Trump said. Source

Edit: Jones takes Worst Things commentator, Father Joseph White on his A-historical Thomism.  While reading his contribution, I thought Father White sounded a lot like our very own resident Satanist, Gaybrielle, referring to those who are skeptical about the measures being taken during this "epidemic" as "religious narcissists".

It was especially hilarious the way he criticized lesbian Attorney General, Dana Nessel as an ineffective leader because she lacks the prudence necessary so that her decisions are unnecessarily draconian. 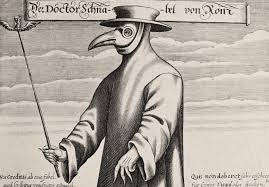 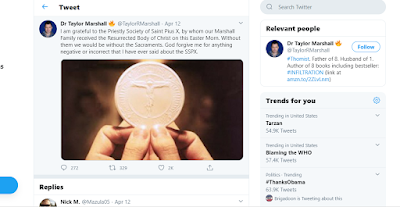 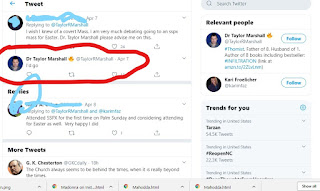