A Second Chance for Cloister Weingarten? Fast Growing Community Wants to Move In

The decadent Benedictines have left the Monastery as of September 2009. In the meantime the priests, who are wearing in any case black habits, have come for a look around.

(kreuz.net, Weingarten) It's possible that the New Rite ironclad French Priestly Society ‘Communauté de Saint Martin’ will take over the abandoned Benedictine Cloister Weingarten in the Diocese of Rottenburg-Stuttgart.

Priests of the Society have already inspected the Cloister.

This was according to the speaker of the Old Liberal Diocese, Thomas Broich, of the ‘Schwäbischen Tageszeitung’.

The upper Swabian Benedictine Cloister Weingarten closed its doors at the end of September 2009.

The Cloister has one of the world famous Baroque Basilicas, which was founded in 1056.

The neo-Conservative Priestly Society of St. Martin was founded by Cardinal Giuseppe Siri of Genoa († 1989).

The first members were refugees from France who were trying to flee the decadence of their homeland.

So they are active, besides France, only in Italy and Cuba.

The Society has shown powerful growth.

It has about seventy priests and deacons as well as about forty seminarians, who always wear Soutanes.

The group is strongly oriented to the New Rite and follow the guidelines like no one else.

Therefore there it is practically the de facto particular rite of the Society.

The talks have already been widely fruitful

Besides the large ecclesiastical political differences between the Bishop of Rottenburg-Stuttgart and the Priestly Society, the Diocesan speaker describes the talks as "intensive and good".

A positive outcome for the management of the Cloister would be conceivable --- says the speaker:

"Both sides need to take time for evaluation and thought."

In February Auxiliary Bishop Thomas Maria Renz (53) of Rottenburg-Stuttgart will travel to France for further discussions.

Perhaps the 'Society of St. Martin' will see the finger of God in that the location of the Cloister Weingarte is on the Martin's Mountain.

Liberation Theology is Back? 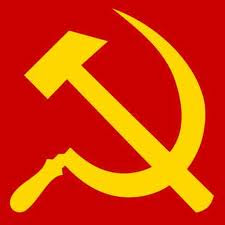 Will Liberation Theology be Exhumed?

Vatican, today the new neo-Conservative Archbishop João Bráz de Aviz takes up his new office as Prefect for the Congregation for the Institutes of Religious Life. For the occasion, the Vatican daily, 'Osservatore Romano' published an interview with him wherein he defended the Old Liberal Liberation Theology. That which is found as a "preferential option for the poor" is being sold as a "holy imperative option for Evangelization". Already the supposedly holy John Paul II has said that Liberation Theology is "not only useful, rather also necessary".

From kreuznet.
Posted by Tancred at 1:21 PM 3 comments: