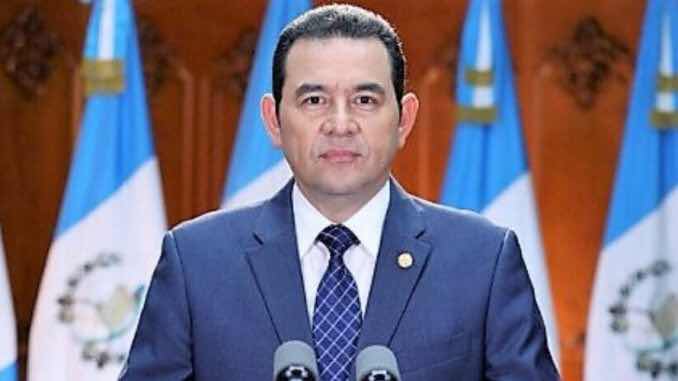 The head of state and government in office since 2016 also announced his full support for a bill to punish abortion more severely.

"Guatemala and our government believe in life and believe in the family based on the marriage between a man and a woman."

The bill criminalizes any killing of an unborn baby, except for therapeutic abortion when the mother's life is in danger. Whoever promotes, enables or participates in abortion directly or indirectly should be punished. The sentence provides for up to ten years imprisonment.

At the same time, the bill prohibits the introduction of "gay marriage".

President Morales also emphasized the desire to strengthen parental rights. The parents should have the freedom to decide in the field of sexual morality, the education of their children. He thus rejected scholastic "sex education programs" and gender ideology.

Jimmy Morales is an evangelical Christian. In 2015, he entered the presidential election as an outsider and managed completely surprisingly the entry into the runoff election, which he could decide with 68 percent for themselves.