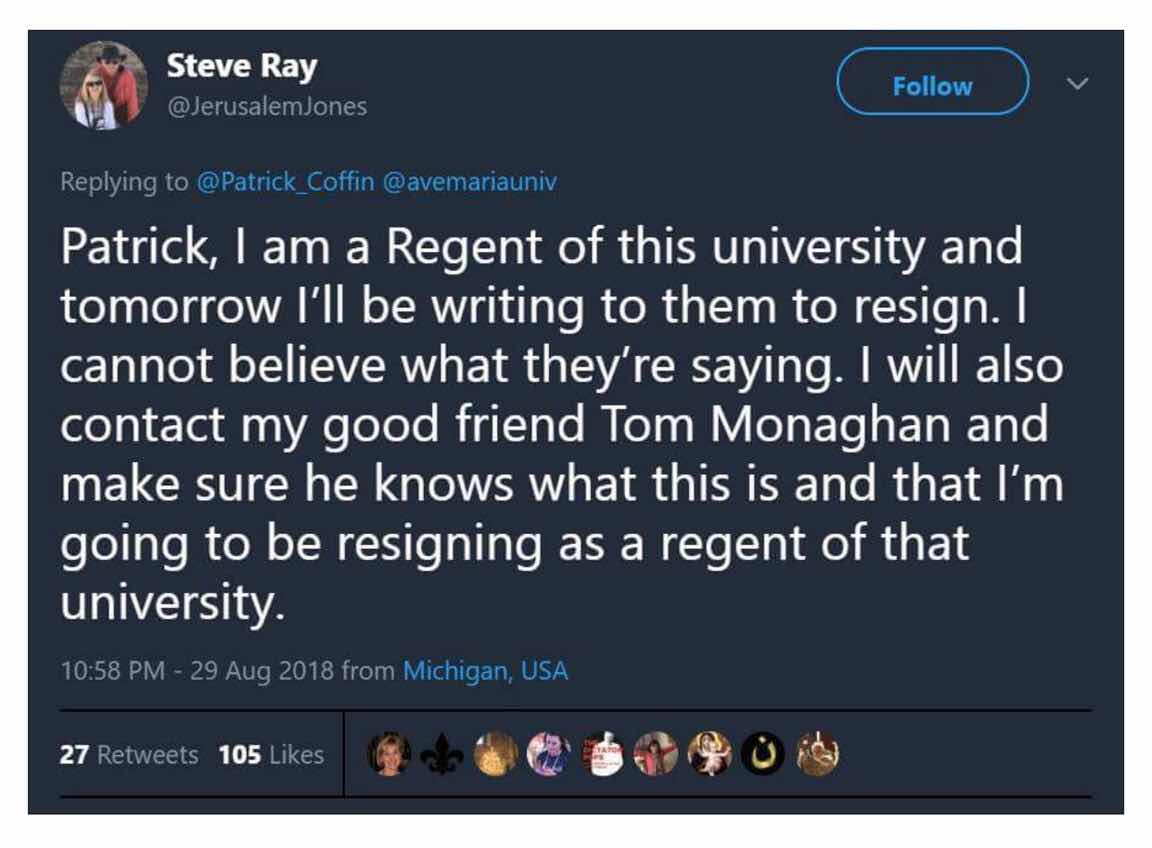 The President of Ave Maria just can’t handle Vignanò’s criticism of the Bishop of Rome!


Der Wanderer has been critical of Pizza U since it tried to become lamestream in its move to Florida. Why did it take Steve Ray so long? Does his Apologetics hat no longer confer magic powers?
A reliable reader, TR, sends me this. 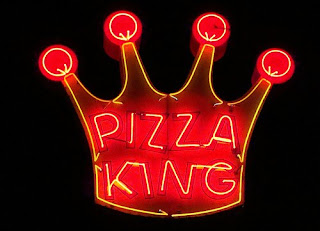 RENEW AMERICA Is taking on the old guard of the Pizza King and his court Inquisitor, Father Eutener. Remember when Father took on old neo-Conservative Hannity on Fox News to general applause? Well, anyone can play that note once or twice and get a reputation for orthodoxy, conservatism and even holiness. Unfortunately, the Renew America commentator attacks Father Eutener as not "orthodox". We're sorry to hear that, we're a little incredulous, but the commentator is spot on about the Pizza King and his Old Liberal Bishop, the unctuous and highly educated Cardinal Bevilaqua.

We'd commented earlier last month about Pizza King's retirement from Ave Maria. I guess he's starting to take a bite out of donations to Swamp Thing University which just got accreditated this year.

We're not excited about the old party line. He was hiding child abusers, he was hiding his homosexual collaborators, no doubt. Philadelphia has a strong liberal presence, that's nothing new.

Lord, O' Lord, how long must we suffer under the rule of Americanist Prelates? Here's what Howlingly Abusrd has to say from AQ. It is hard to believe he could have been unaware, and the author of the article did say people would come around and say "he's not all that bad". It's becoming increasingly difficult to defend churchmen. When you don't demonstrate that you really believe what you profess to advocate, it gets even harder, and then get children involved who are preyed upon by your homosexual friends, well.:


The dementia of the cardinal, not recognizing people, might explain
not spotting deviants and flamers at his own seminary.
And enabling a control freak with bad taste in architecture.
Part of the problem is money though, enabling someone who is obviously a kook, who no serious Catholic scholar in his or her right mind
would have submitted to, were it not for the corrupting influence of money and the false promises behind it.
It's not like it's just one demented Cardinal who doesn't recognize his attorney or mother.
You have a whole subculture of dementia and corruption with seminary professors, theologians and bioethicists making up excuses
for eugenic Jackson Labs and talking about ecumenical "dialogue" with secular humanist science dorks and nerds,
as if this will be a new Spring Time while pedophiles and deviants pose as priests in the archdiocese
and when the Cardinal actually served on a panel for the USCCB on
the "protection" of children and young people.
You can't walk through a modernist seminary and then say you were totally surprised to discover there were fruitcakes
and perverts pretending to be priests in your diocese.
Unless you're blind or suffering from dementia.
Or unless you're a convert unfamiliar with the subculture of deviants in that diocese.
The Cardinal may have a valid excuse. Alzheimer's, dementia, or whatever. That doesn't excuse the other enablers.
You simply CANNOT allow someone, even a deranged control freak,
to BUY a Catholic university. That's not how Catholic higher education
is supposed to work.
There's NO chapter on that in Newman's Idea of a University or in
Ex Corde Ecclesiae.
It was virtually unheard of until this recent era in Americanist modernism.
And despite the horrible example of certain other modernist Catholic institutions,
that idea should have been resisted and opposed by those calling themselves orthodox and conservative Catholics.
But maybe there should be an encyclical or motu proprio on what should happen when a kook or a deranged control freak seizes control of a Catholic university.
And on the procedures for how to remove such people from involvement with Catholic education.


AVE MARIA, Florida- Following a long and painful investigation of the sexual abuse of children in the Archdiocese of Philadelphia, a Grand Jury has issued a final report stating that they have no doubt that Cardinal Bevilacqua's "knowing and deliberate actions during his tenure as Archbishop also endangered thousands of children in the Philadelphia Archdiocese." This endangerment included vulnerable and poor immigrant children from the Hmong community — an alarming fact, considering Bevilacqua's experience, having served as Director of the Migration and Refugee Office in the Diocese of Brooklyn.

Posted by Tancred at 1:51 PM No comments:

Ave Maria University Board of Trustees
Announces Jim Towey as School's Next President
AVE MARIA, Fla. (February 10, 2011) - Ave Maria University's board of trustees announced today that Jim Towey will be the university's next president.  Towey will be responsible for the day-to-day operations as president when his term begins on July 1, 2011.  Thomas S. Monaghan, who currently serves as Chancellor and CEO of AMU will remain Chancellor, but will relinquish the responsibilities of CEO and hence the oversight of the daily operations of the university.

The board of trustees voted on the appointment of Towey at its regularly scheduled meeting earlier this week.  Chairman of the board of trustees, Michael T. O. Timmis, made today's announcement on behalf of the board.  Timmis praised the incredible vision of Monaghan and the solid foundation that he has set in place for AMU.  He also talked about the confidence the board has that Towey is the right person for AMU at this stage of its development.

"This is a huge win for Ave Maria University," Timmis said.  "We retain the vision and experience of our pioneers, while seamlessly handing over the reins to the next generation of leadership.  It is the belief of the Trustees that Jim Towey is the most desirable Catholic university president in America today.  And I am thrilled to announce that he is going to be our president."

Things just keep getting deeper and deeper for him. First he fires Father Fessio SJ, from his position at Ave Maria as Chaplain, then Pizza Magnate Tom Monaghan bans Wanderer reporter from covering a $4 Million investment by pro-abortion "fiscal conservative" Tom Golisano.

Another article by Roman Catholic World...
Posted by Tancred at 11:18 AM No comments: