The Number of Catholics in Northern Europe is Climbing Rapidly

It also includes significantly, the number of conversions. "The former Lutheran state churches are in crisis. The influence of elected governments on matters of faith irritates many evangelical Christians."

Hamburg (kath.net/KNA) The number of Catholics in Scandinavia is rising rapidly for years, according to the Nordic Bishops' Conference. In Denmark, Norway, Sweden, Finland and Iceland there are around 330,000 community members registered, said the Secretary General of the Nordic Bishops' Conference, Sister Anna Mirijam Kaschner, on Wednesday evening in Hamburg. "In some of our diocese the numbers of Catholics have tripled or even quadrupled." Really should even be assumed that there are 600,000 Catholics, because many migrants are not covered by the municipalities, Kaschner said at the media reception of the Archdiocese of Hamburg.

The largest proportion of Catholics living in Northern Europe are migrant workers from Poland, Croatia, Lithuania, the Philippines and Vietnam. The number of conversions accordingly have increased significantly. "The former Lutheran state churches are in crisis. The influence of elected governments on matters of faith irritates many evangelical Christians, "says Sister Mirijam. "They are looking for a deeper spirituality, liturgy and a clearer orientation in statements of faith and thus find their way into the Catholic Church."

Despite the increases, Catholics in the region are a minority, said the nun. "Those who have experienced the Catholic Church in the Nordic countries, experienced the world church with its Babylonian linguistic diversity of people from more than 70 nations. Every Sunday here is Pentecost."

For Church life, modern means of comssmunication such as smartphones and tablets are a great help to be able to pray with the Mass texts in the mother tongue. Those who can not attend Mass weekly because of the great distances, could follow the service via live streaming. Also, First Communion and Confirmation classes often take place over the Internet. Only pastoral care does not work like this. Kaschner said: "The priest often travel in 150,000 km, to administer the sacraments. The great distance makes the care of the parishioners extremely difficult." However, the biggest challenge is funding. "We are a poor church in rich countries," according to the General Secretary. Many immigrants could not pay the voluntary church tax. Support from Germany for the Catholics in Northern Europe, therefore, has a decisive role in the practical Church life. 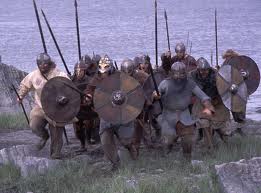 NB: innocent until otherwise proven. Flowers can indeed grow in inhosptable places and help can come unlooked from afar.

Vienna (kat.net/KAP)  The Catholic Church in Scandinavia grows, and even the numbers of home grown priests climbs:  as reported by a communique from Stift Heiligenkreuz on the Spring convocation of the Northern Bishop Conference it reads, there are already 60 young men from the region, who are seminarians from Scandinavia studying for the priesthood.  Many of them are converts from the Lutheran National Church.

According to cautious estimates, there are at present in the seven Diocese of Denmark, Sweden, Finland, Norway and islands about 500,000 Catholics.  The number grows rapidly; the trend is counter to the rest of Europe.  The reasons for this are mobility, growing numbers of refugees, conversions as well as a large number of baptisms.

According to the communique the general convocation was held to approve the statutes for seminary rectors.  In the text, the Bishops also stressed their thanks to Benedict XVI. and blessings for the successor Francis.  The Northern Bishops Conference meets till Wednesday in the University of Heilegenkreuz.