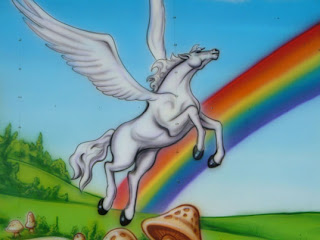 Cardinal Wuerl has received special recognition from the Rainbow Sash movement for his work on recognizing depravity and giving it a special place in the hearts of so many people.

Cardinal Wuerl of the Archdiocese of Washington for siding with common sense and reason by allowing “Catholics for Equality” a newly formed Washington DC based Gay Catholic political organization, sponsored by the Human Rights Campaign Fund to host an event to be held at Georgetown University Intercultural Center Auditorium University Wednesday, December 8, 2010 8:30 - 10:00 PM

But is it accurate or even honest to say that Cardinal Wuerl has had a change of heart?  He seems to always have been a fomenter of sodomy in his own way.


"This is the response from our Archdiocesan director of Communications courtesy of Crabby-Roads:

"Yes. We were in touch with Georgetown. The group Catholics for Equality has been told by GU it may not sponsor or hold events there. An adjunct faculty member at GU, Rev. Joe Palacios, is the leader of the gay marriage group (he is very involved with Human Rights Campaign). He is on some panel the GU Dems and GU GOP are sponsoring. He is a priest of LA. He does not have faculties in the Archdiocese of Washington. In short Rainbow Sash put out a wholesale lie apparently trying to get attention. Thanks for the heads up. Please feel free to let those you know are concerned the information is completely false."

Thanks to inhumanable for the photo.
Posted by Tancred at 12:53 PM 1 comment:

Editor: Could it be a false, if you'll excuse our play on words, flag operation?

[Scrolling headline] "Next week there will be an unusual election for the President of the US Conference of Catholic Bishops (USCCB) when they meet n Baltimore. Opposition is already building within the conference to look outside the circle of Cardinal Francis George's circle of the boys club for his replacement."  http://www.rainbowsashmovement.com/

Here's the overbearing pdf file if you're interested, here.

Posted by Tancred at 7:23 AM No comments: