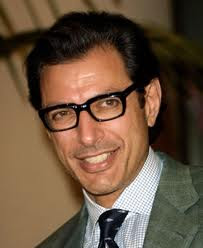 Jeffrey Goldberg is the Israeli agent who is currently national correspondent for The Atlantic magazine. He helped engineer America’s invasion of Iraq based on the propagation of Goldberg’s well-publicized lie, published in the March, 2002 issue of The New Yorker and broadcast on NPR’s "All Things Considered” in February, 2003, that Saddam Hussein was an ally of the alleged 9/11 terror group, Al Qaeda. Now Goldberg is lying again. In a column published Oct. 12 on the website of The Atlantic magazine, Goldberg indicts the eminent Catholic historian and philosopher Joseph Sobran as a “Nazi.” This craven and despicable defamation had to wait until Sobran was dead and could no longer sue for libel.

It seems that Goldberg, his pal Greenberg, and a network of apologists for Israeli war crimes, had their ox gored when the New York Times published an obituary for Mr. Sobran which did not stigmatize him with the obligatory “Holocaust denier” Newspeak, preferring to describe him with the more moderate term, “Holocaust skeptic.”

This minor deviation from the approved script unleashed the hounds of Holocaust halachic correctness, in this case on the Times and on the memory of the deceased. Exploiting the Newspeak mechanisms of the imposed word “Holocaust,” the following fallacy has been advanced by Mr. Goldberg: "Imagine an obituary of a public figure who had denied that World War I had taken place. Or that fifty percent of the Civil War battles we know to have occurred did not, in fact, occur, and that there had been no slavery in the antebellum South.”