Even Though the Pope Doesn't Want it, Throngs Will Oppose Gender-Ideology in Rome 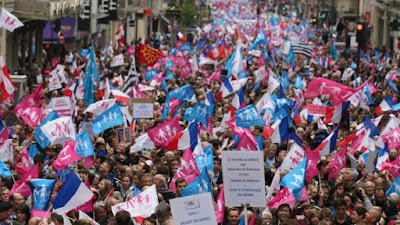 (Rome) Italy is currently experiencing what France experienced 2012/2013, and is gearing up for another popular demonstration against the introduction of "gay marriage" and the gender ideology in schools and kindergartens. The rally will be held, although Pope Francis gave to understand that he which does not wish it and has tasked papal Adjudants in the Bishops' Conference to  pressure against the rally. The question is of European importance, because the issues are the same everywhere. After the defeat in France, such should be prevented in Italy. Yesterday, the date for the rally was announced. In only twelve days, the organizers are hoping for a mass mobilization.
On January 26, the Senate of the Italian Parliament starts debate on a bill, the DDL Cirinnà, named after a left democratic senator.
Read more »
Posted by Tancred at 9:22 AM 10 comments: